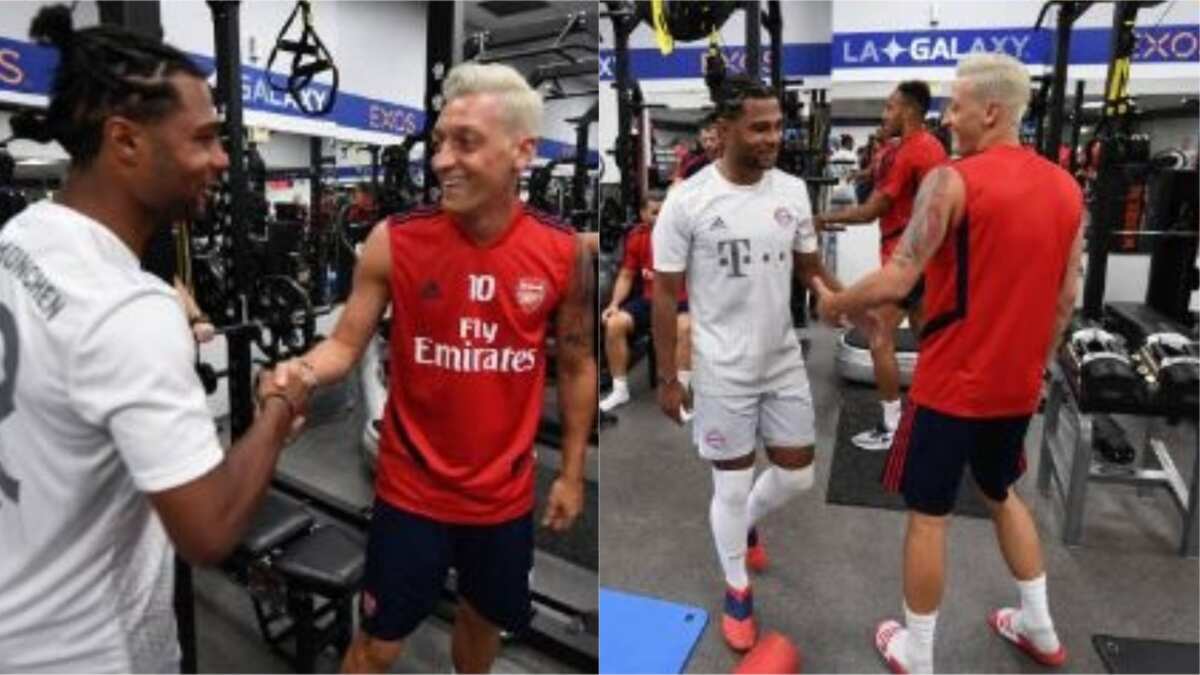 Arsenal superstar Mesut Ozil has dyed his hair blond during his time in America where the Gunners are having pre-season, but fans still found an excuse to blast him.

The German football star played against Colorado Rapids with his usual brown mop as the Gunners won 3-0 in which Bukayo Saka was superb.

And a day after Arsenal's win over Colorado Rapids in a pre-season friendly, Mesut Ozil changed his hairstyle.

Pictures of the German in the gym and on the training ground as well as one posing in the new away kit led many to suggest he was trying to emulate Ajax star Hakim Zieych.

But fans were once again quick to jump on his back and used the new hair to lay into the World Cup winner.

"At least arsenal fans will be able to spot Ozil when he goes missing now.

Another said: "Ozil trying so hard to be Ziyech, dyed hair don't affect abilities in the legs and head,'' fans wrote on social media.

Earlier, Legit.ng had reported how Nigeria international Alex Iwobi defended his teammate at Arsenal Mesut Ozil claiming that the German football star is a team player that must be appreciated.

Mesut Ozil has been heavily criticized this season by Arsenal fans and pundits because of his performances this term for the Gunners in all competitions.

Alex Iwobi has now explained that the former Real Madrid star is appreciated at the Emirates stadium by his teammates.