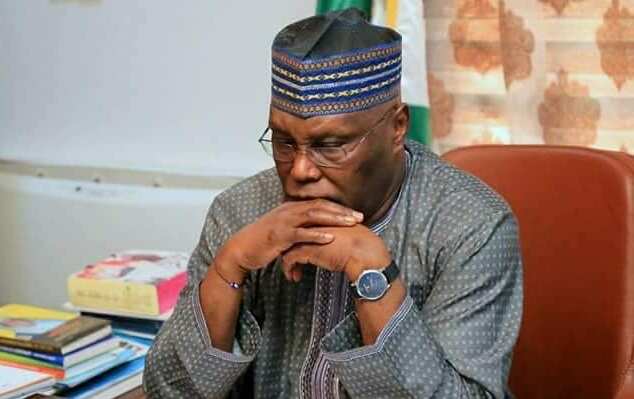 - In the attack which happened in Yobe and Borno, a colonel, army captain and four soldiers were killed by suspected terrorists

Atiku Abubakar, former Nigerian vice president, has reacted to the killing of men of the Nigerian Army in the recent terrorist attack in Yobe and Borno state on Friday, July 19, masterminded by Boko Haram.

In a brief condolence note on his verified Twitter handle, the presidential candidate of Peoples Democratic Party (PDP) in the last general election expressed his grief, and sent condolence message to the family of the victims.

Legit.ng had reported that tragedy struck military wing of Nigerian defence when men suspected to be terrorists ambushed and attacked the 212 Battalion, leading to the death of soldiers.

Nigerian Army, in a statement by Colonel Ado Isa, the deputy director of Army public relations, in charge of the 212 Battalion, on Friday, July 19, confirmed that Boko Haram insurgents killed a colonel, a captain and at least three other soldiers during the attack in Yobe.

READ ALSO: Edo crisis: I refused to share state money with godfathers was my offence - Obaseki

Reacting to the casualty, Atiku said he ''received report of the loss of soldiers in Yobe and Borno attacks with sadness.''

The former vice president therefore sent ''deepest condolences to families of the deceased'' and other victims.

He said: ''I received report of the loss of soldiers in Yobe and Borno attacks with sadness. My deepest condolences to families of the deceased and to families of all those who may have lost a dear one in the frontlines. May their sacrifices never be in vain.''

A source in the local government said the assailants, armed with sophisticated weapons, stormed the village at night and started shooting sporadically.