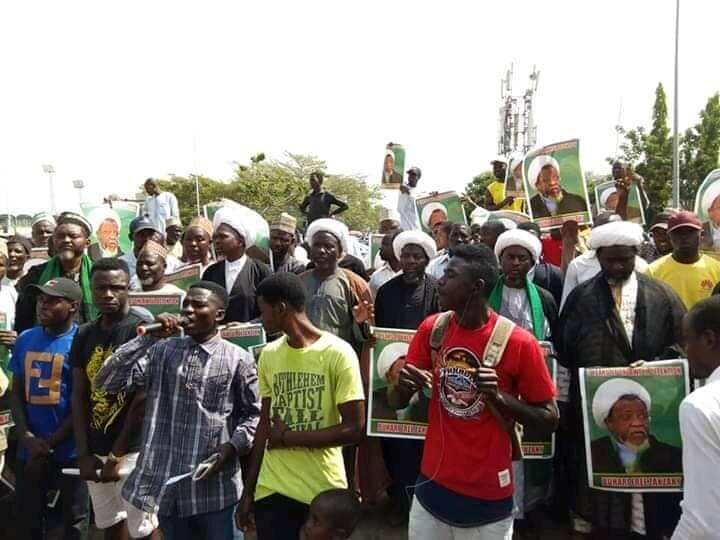 Violent protests of members of the Islamic Movement of Nigeria (IMN), otherwise known as the Shiites on Monday, July 22, led to the death of Deputy Commissioner of Police (DCP) Umar who was in charge of operation at FCT command.

Vanguard reports that DCP Umar was reportedly gunned down by the Shiites as he made attempt to prevent their violent activities at the axis of the federal secretariat in Abuja.

In an effort to subdue reprisal attacks from the IMN members who were protesting the arrest of their leader, Sheik Ibraheem El Zakzaky, and some of their colleagues, the police have beefed up security throughout the FCT.

Earlier, Legit.ng reported that there were sporadic shootings at the entrance gate of the National Assembly on Monday, July 22, as policemen and other security agents tried to prevent protesting Shiites from gaining entrance.

Members of IMN vowed to continue their daily protest on the streets of Abuja till El-Zakzaky was released.

Legit.ng gathered that a member of IMN, Ibrahim Musa, alleged that the federal government refused to obey the court order.

Musa said: “Why is government hunting somebody that is out to fight for his or her right? You have killed more than a thousand of his (Zakzaky’s) followers and put them in a mass grave.

"You keep on violating the law of the land and you think nobody should come out and challenge you? "That is bad. This shows that the government is oppressing its citizens. And you do not expect me to cross my legs and allow President Muhammadu Buhari to kill my leader."