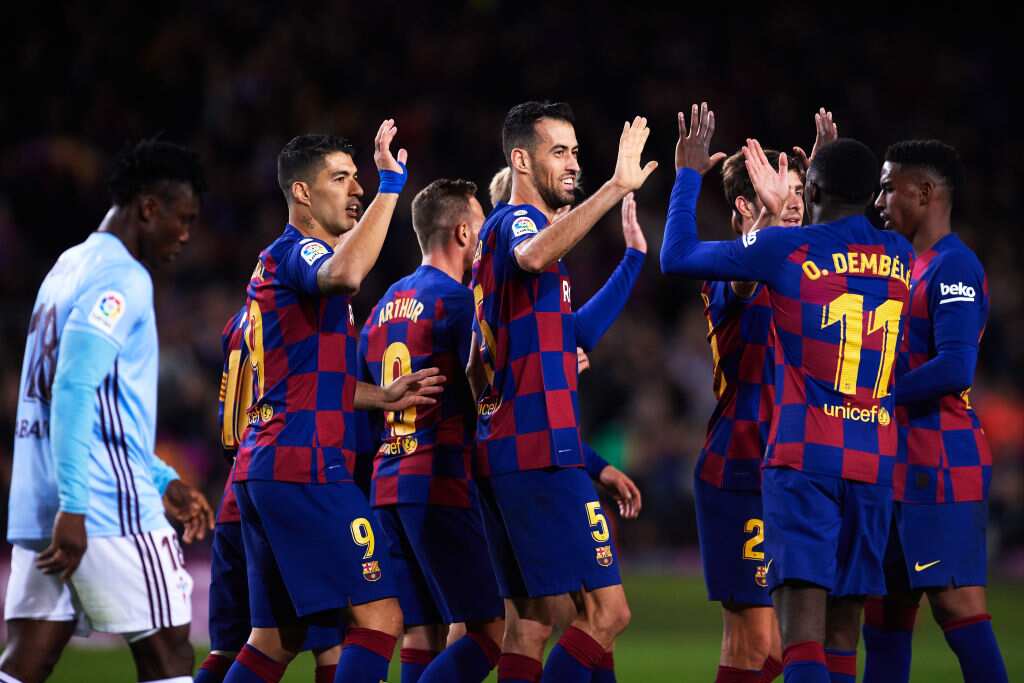 It would be recalled that the Catalans were handed a 3-1 defeat at Levante last weekend despite scoring first in that meeting.

However, Lionel Messi inspired his teammates to clinch maximum fixture in this meeting to push their title defence back on track.

Barca are joint log leaders with rivals Real Madrid who also recorded massive win away from home at Eibar earlier on Saturday.

It was Messi who opened scoring for the home team via a spot kick just after 23 minutes of action, but, the visitors restored parity in the 42nd minute through a superb free kick from Lucas Olaza.

The defending champions restored their leadership on the stroke of half time with a stunning free kick from 30-yards out.

Barely three minutes after resuming the second half, the Argentine forward was presented with another opportunity from a familiar position via free kick, and the 32-year-old converted the opportunity as he completed his hat-trick in the meeting.

With five minutes left to play, Sergio Busquets recorded his name on the scores sheet as the home team ran off with a 4-1 victory and reclaim their top position on the log.

Valverde's men will now shift their focus to a cup game against FC Cartagena on Wednesday, November 13.

Legit.ng earlier reported that Arsenal stretched their win-less run in the Premier League to four games after their 2-0 defeat to Leicester City.

A goal each from Jamie Vardy and James Maddison sealed the victory for the home team who are now second on the log behind Liverpool.