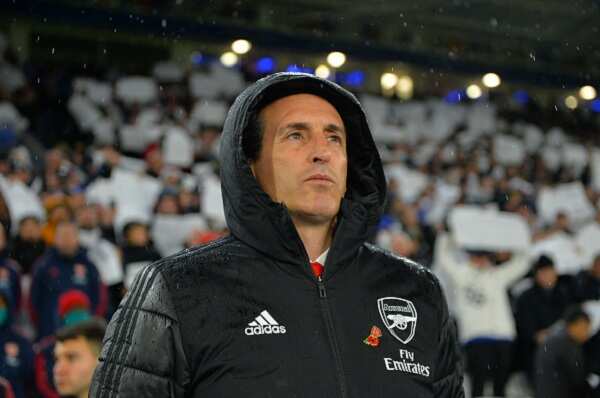 Arsenal's top four ambition at the end of the season suffered major setback during their visit to the King Power Stadium as they were hammered 2-0 by Leicester City.

A goal each from Jamie Vardy and James Maddison helped the foxes prey on the Gunners, who have been inconsistent in the Premier League for the past few matches.

The north London club are win-less in their last four Premier League matches - with their last victory in the tournament recorded on October 6, with a 1-0 win over Bournemouth.

After the match, Arsenal boss Unai Emery was asked during the post match conference what he makes of his future at the club.

The Spanish born tactician seemed unperturbed about the current situation at the club - insisting his squad needs and deserves time.

"We need time and patience. We have changed a lot of players and we have a lot of young players," he told Sky Sports.

"We are going to achieve. We have had a lot of circumstances that haven't helped but with consistency, we can do it."

When asked what could be the outcome of his meeting with the club's board, Emery added: "The most important thing is to be calm but step up in our intensity and our work.

The former PSG handler added that: "I accept all the criticism. It is normal. I am speaking with the club to stay strong and recover.

“I know we are receiving criticism but I have done before and I have recovered.

“We need to recover our confidence. We need to be patient with some circumstances and we are going to do that.”

Legit.ng earlier reported that Arsenal stretched their win-less run in the Premier League to four games after their 2-0 defeat to Leicester City.

A goal each from Jamie Vardy and James Maddison sealed the victory for the home team who are now second on the log behind Liverpool.