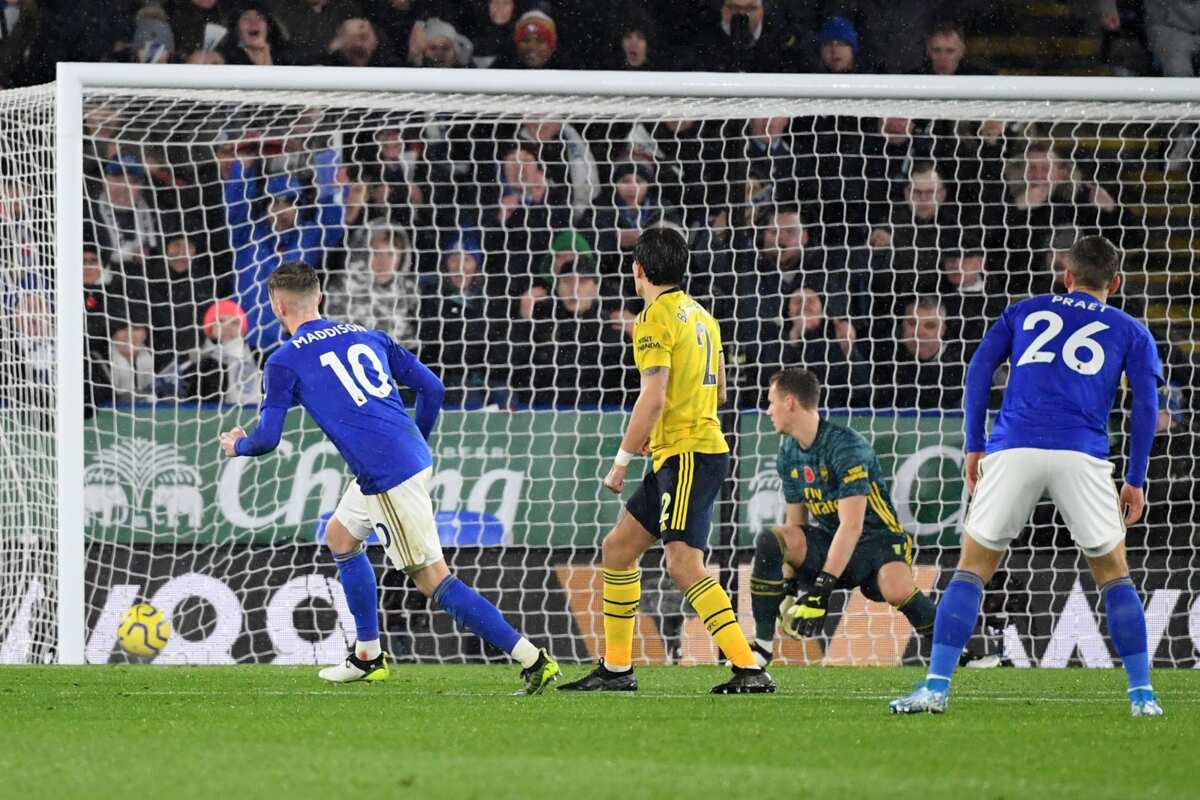 - They are now occupying second position on the Premier League standings

- Their current position on the table could change on Sunday, November 10, when Man City will face Liverpool

Leicester City on Saturday night, November 9, climbed to second position on the Premier League standings after beating Arsenal 2-0 at the King Power stadium.

The defeat will come as a huge blow for the reign of embattled Arsenal manager Unai Emery at the Emirates stadium as the Gunners chief could fire him.

Foxes started the match determined knowing that a win will send them to a good position on the Premier League table, but they had to wait till the second half to get their goals.

England international Jamie Vardy scored the first goal for Leicester City in the 68th minute after getting a superb assist from Youri Tielemans.

Arsenal struggled and tried to get an equalizer almost immediately when the duo of Mesut Ozil and Aubameyang combined to set up Torreira who failed to score.

James Maddison however scored the winner for Leicester City in the 75th minute after getting an assist from Jamie Vardy for the Foxes to win 2-0.

Earlier, Legit.ng had reported how Arsenal manager Unai Emery explained that Granit Xhaka is not ready to apologize to the Gunners' fans because he is currently 'devastated inside'.

On Sunday, October 27, Granit Xhaka appeared to have verbally attacked Arsenal fans while being substituted in the Premier League tie against Crystal Palace.

Xhaka was reacting to being booed by Arsenal fans who were not impressed with his performance at the Emirates stadium.

COVID-19: Nigerian govt specify churches, mosques that will not be allowed to reopen

The Federal Government has said churches and mosques that do not comply with “required measures”, will not be allowed to reopen.The National Coordinator of the