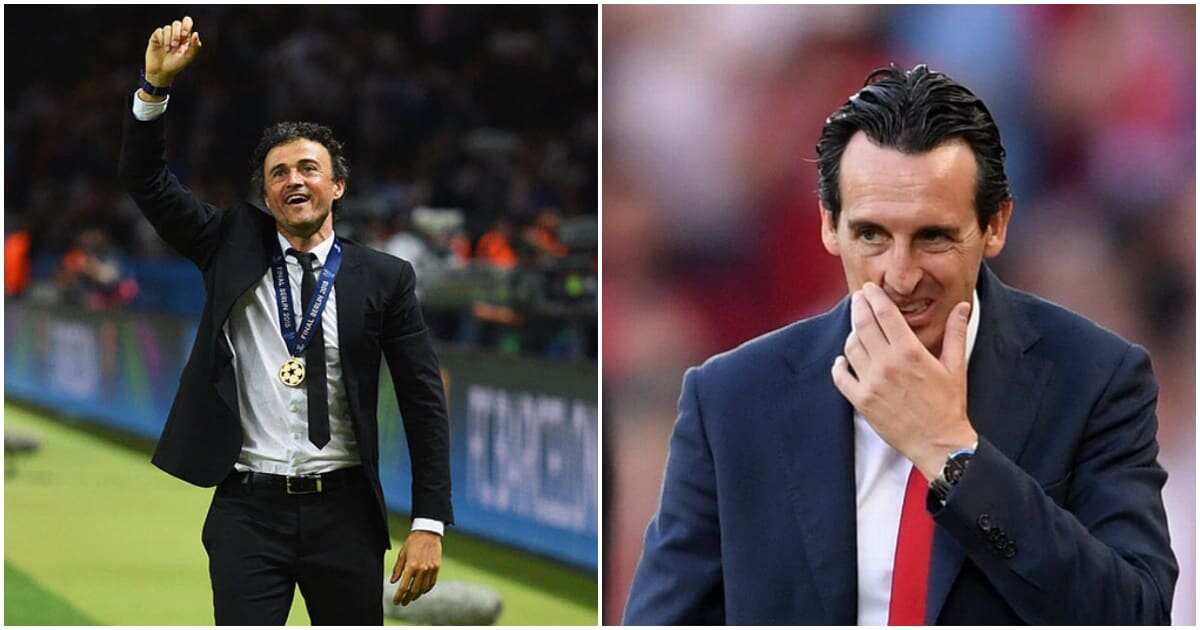 Emery has come under immense pressure in recent weeks following the Gunners' string of poor results in all competitions.

The north London club has picked just one win in six Premier League matches, with their 2-0 defeat to Leicester City on Saturday, November 9, leaving them sitting eight points off top four.

Goals from Jamie Vardy and James Maddison were enough to sink Arsenal at the King Power Stadium, with calls for the sacking of Emery renting the air.

Arsenal chiefs now appear to have bowed to pressure from fans to replace the Spaniard, with reports in Spain contending Enrique has already been contacted over the role.

Enrique enjoyed a successful stint at Barcelona that lasted three years, winning nine major trophies, including the treble in his first season at the club..

The 49-year-old would, however, later take over as Spain coach in July 2018 but left 11 months later for personal reasons.

It is believed the Spanish tactician was initially in Arsenal's shortlist for Arsene Wenger's replacement before the club settling on Emery.

Earlier, Legit.ng had reported how Arsenal manager Unai Emery explained that Granit Xhaka is not ready to apologize to the Gunners' fans because he is currently 'devastated inside'.

On Sunday, October 27, Granit Xhaka appeared to have verbally attacked Arsenal fans while being substituted in the Premier League tie against Crystal Palace.