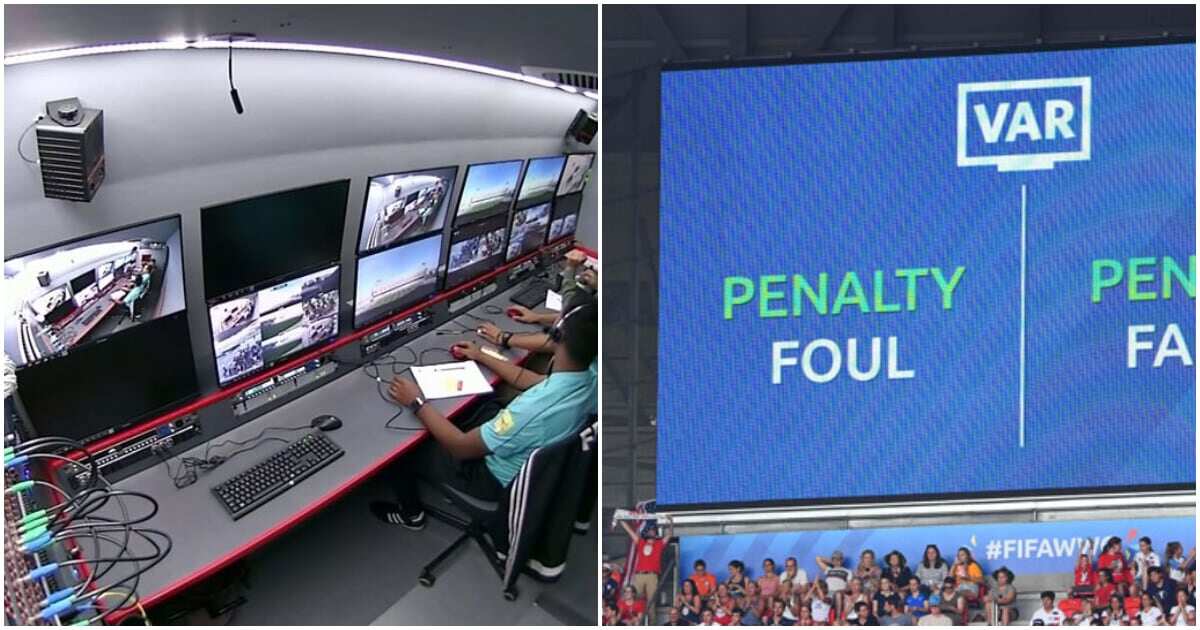 - However, no other African country except Morocco has used it in domestic matches

- Despite its growing popularity globally, the new technology has continues to court controversy especially in the English Premier League

Morocco have become the first African country to use the Video Assistant Referee technology (VAR) during a domestic match.

Morocco's Football Federation (FRMF) announced the new refereeing technology would be utilised in the semi-finals of the Moroccan Throne Cup.

BBC reports a committee from the International Football Federation Board (IFAB) visited the Marrakech Stadium to look at the VAR set-up.

A clash pitting TAS Casablanca and Difaa El Jadida on Saturday, November 9, was among those lined up in the semis, with VAR playing a pivotal part in determining its outcome.

Having settled for a goalless draw after regulation time, the encounter was forced into extra time as Casablanca went on to win 1-0.

VAR awarded Casablanca a spot-kick in the 120th minute at Grand Stade de Tanger when the referee missed the ball crossing the line.

The solitary goal powered Casablanca to the finals of the local cup where they will face off with the winner between Hassania Agadir and Maghreb Atletico Tetwan.

VAR was first used in the continent during the 2019 Africa Cup of Nations in Egypt from the quarter-final stages.

However, no other African country except Morocco has used it in domestic matches.

Meanwhile, Legit.ng had earlier reported that Belgian topflight side Club Brugge has slapped Mbaye Diagne with a heavy punishment for missing a penalty against Paris Saint-Germain during the Champions League on Wednesday night, November 6.

Club Brugge were keen to record a favourable result during their trip to Parc des Princes to increase their chances of progressing to the knockout round of the European competition.

I Gave You N20 Million, You Are A Full Time Fulani Caliphate Agent – Nnamdi Kanu To Asari Dokubo

Who is Bobby Shmurda? Interesting details about his career, age, height and sentence

Who is Bobby Shmurda? He is a remarkable songwriter and rapper from the United States of America. He came into the limelight after releasing a

Who is LaToya Jackson? Top details about her family, career, love life, and more

LaToya Jackson has seen it all - she has been in a forced marriage, suffered domestic violence, and was even estranged from her family for