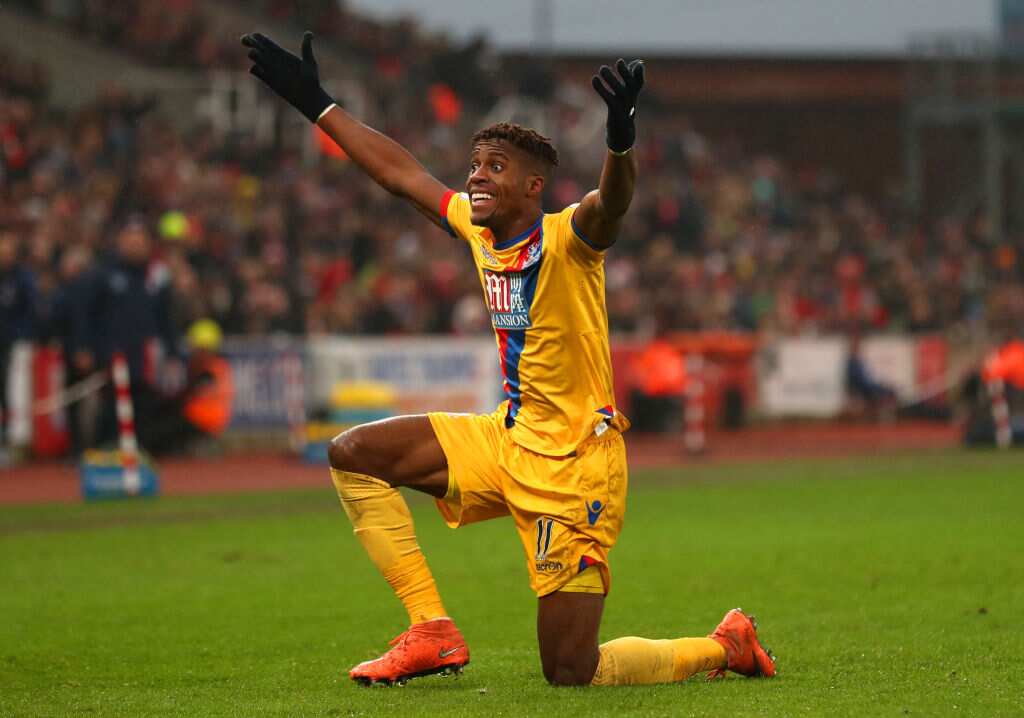 Ivory Coast international Wilfried Zaha has reportedly emerged as a January transfer target for Manchester United who want to bolster their striking options.

The Red Devils are now said to be leading a £70 million-plus deal to sign the striker who currently plays for Premier League side Crystal Palace.

And should Crystal Palace agree to do business with Arsenal for the signing of Wilfried Zaha, then the Ivorian will be returning to Old Trafford for the second time.

United are crying out for pace and creativity and some fans called for Zaha to come back after he put in a transfer request in August.

It was reported then that Zaha was interested in joining Arsenal in the last transfer only for the Gunners to sign Nicolas Pepe.

Crystal Palace recently did good business with Manchester United selling Aaron Wan-Bissaka and they might be getting another big money for Zaha.

Ole Gunnar Solskjaer has been under serious pressure this season at Old Trafford in which ex Juventus manager Allegri has been linked to take over from him.

Earlier, Legit.ng had reported how former Crystal Palace chairman Simon Jordan made it clear that he does not believe that Ole Gunnar Solskjaer can operate at the required level that is expected from a Man United coach.

Last year when Ole Gunnar Solskjaer replaced Mourinho at Old Trafford, he started well, as he went some games unbeaten but United ended up without a trophy.

I Gave You N20 Million, You Are A Full Time Fulani Caliphate Agent – Nnamdi Kanu To Asari Dokubo

Who is Bobby Shmurda? Interesting details about his career, age, height and sentence

Who is Bobby Shmurda? He is a remarkable songwriter and rapper from the United States of America. He came into the limelight after releasing a

Who is LaToya Jackson? Top details about her family, career, love life, and more

LaToya Jackson has seen it all - she has been in a forced marriage, suffered domestic violence, and was even estranged from her family for