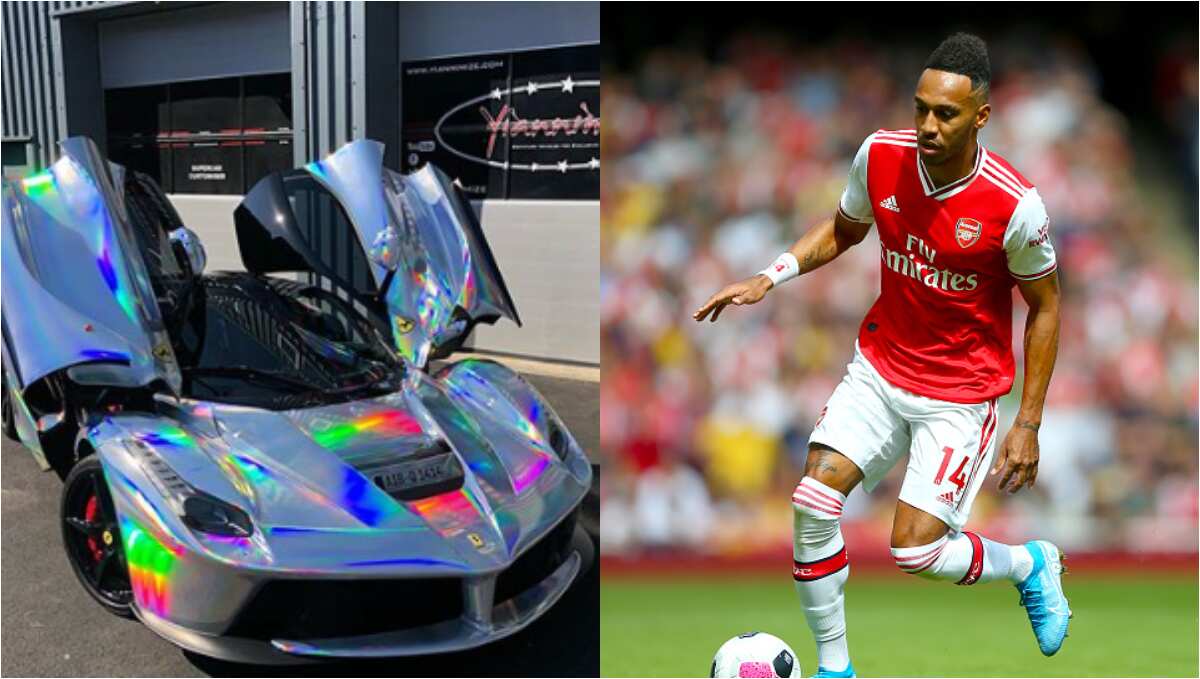 - Pierre-Emerick Aubameyang was involved in car crash as £270,000 Lamborghini is left crumpled on road

Arsenal superstar Pierre-Emerick Aubameyang has been spotted crashing his Lamborghini super car while going home after leaving the Emirates stadium.

The Gabon international is one of the richest footballers whose love for expensive cars knows no bound as he has many in his garage.

But the Lamborghini super car can be regarded as his favorite considering how he has been seen many times driving the ride.

According to the report on UK Sun, the incident happened after a prang with a Mercedes on the M25 near Potters Bar, Hertfordshire.

A passing driver was reported to have taken the footage of Pierre-Emerick Aubameyang just after the smash.

The report added that no one was injured in the crash which was not a good one for the new Arsenal captain.

Unai Emery is now under serious pressure at Arsenal and there are many reports that the Gunners chiefs are urgently looking for another manager.

The Gabon international who has been banging in goals for the Gunners this season is known for his luxurious lifestyle.

He previously did the same transformation on his Lamborghini Huracán Performante, as well as his Chrome Gold Lamborghini Aventador.

Unconfirmed reports coming from Harare indicate that a certain section of citizens has taken to the streets to stage mass protests. Unverified video footage that

The COVID-19 test results of the Abia State Governor, Dr Okezie Ikpeazu and his family have been revealed.Ikpeazu, his wife, Mrs. Nkechi, and their children