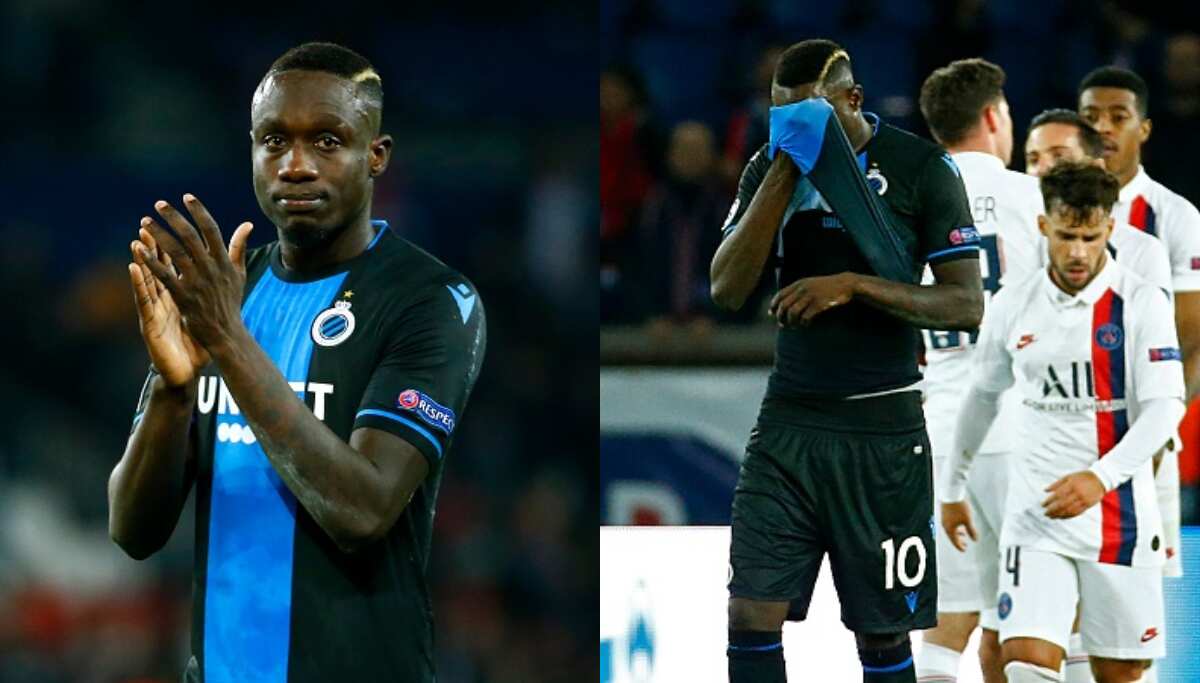 - The Senegalese forward, who joined Club Brugge on loan from Galatasary in the summer saw his efforts saved by Keylor Navas

Belgian topflight side Club Brugge has slapped Mbaye Diagne with a heavy punishment for missing a penalty against Paris Saint-Germain during the Champions League on Wednesday night, November 6.

Club Brugge were keen to record a favourable result during their trip to Parc des Princes to increase their chances of progressing to the knockout round of the European competition.

However, the visitors left the French capital with their heads hanging down after falling to Mauro Icardi's first half strike.

Brugge had a glorious chance of drawing level in the 76th minute after winning a penalty, only for Diagne, who controversially insisted on taking it a the opportunity.

The 28-year-old prevented Brugge captain Hans Vanaken from stepping up to take the spot-kick, before seeing his effort saved by Keylor Navas.

The punishment include suspension from Club Brugge's Sunday league match against Royal Antwerp.

"He will not appear in the squad for Antwerp on Sunday and I will decide in the coming weeks or months about a possible return to the team," Clement during a press briefing.

"There will also be a very heavy financial penalty," the tactician further added.

Meanwhile, Legit.ng had earlier reported that Gernot Rohr has opened up about how hard it has been convincing players to pledge their allegiance to Nigeria.

Tammy Abraham and Fikayo Tomori recently turned down the invitation to play for Nigeria and chose England instead.