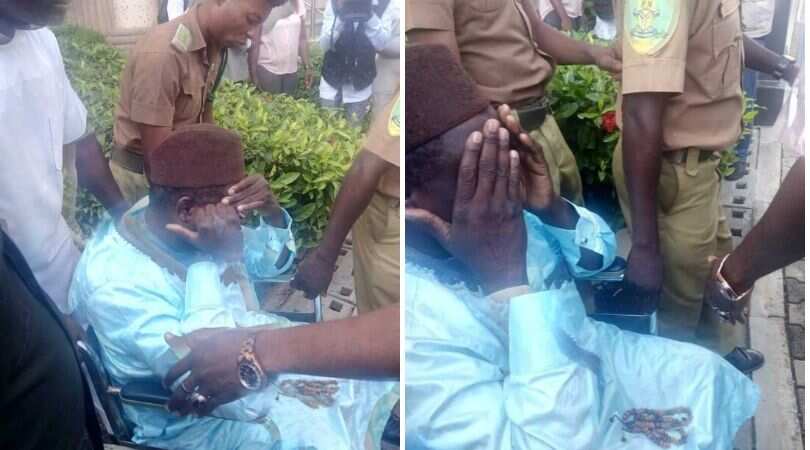 The family of the former chairman of the defunct Pension Reform Task Team, Abdulrasheed Maina, has denied claims that he is only feigning sickness to evade trial and detention.

Reacting to reports that Maina was at the Federal High Court on a wheelchair to attract pity from the judge, the family said the former pension boss has been on life support and medication for the past 15 years.

A statement by Abdulahi Usman on behalf of his family said Maina has been on medication due to his deteriorating genetic medical condition.

He said the pension boss is being detained in an uncomfortable cell that is dilapidated like every other inmate where his visitors are also restricted.

Usman said: “Maina was on life support, medication for over 15 years, you can confirm this from his medical records. Maina had survived on control drugs treatment for many years and his condition got deteriorated due to lack of access to his prescribed medications while in detention, a hereditary health condition also being faced by his son Faisal Abdurrasheed. He also suffers severe backache due to the ill-condition of his place of detention."

“Recently, Maina spent three days in the prison hospital and is seriously indisposed to stand trial in that condition. The court acted rightly based on medical reports presented to it for which it moved the case further to allow him to resuscitate." Usman added.

He also added that the former pension boss is paying the price for protecting pension funds from looters who planned to steal from Nigeria's treasury.

Meanwhile, Legit.ng previously reported that Maina had appeared at the Federal High Court on Thursday, November 7, on a wheelchair.

The former pension boss was wheeled into the courtroom by some Kuje correction facility operatives who threatened to take it out on any journalists who tried to take photographs of Maina.