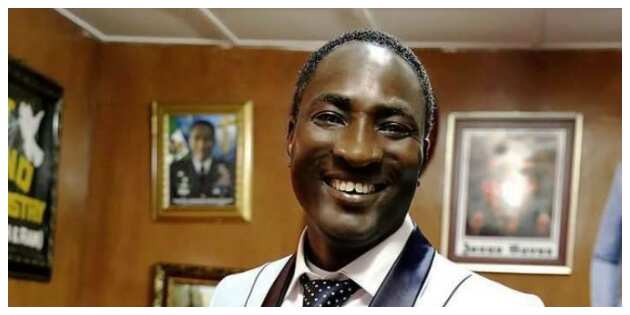 - As gubernatorial candidates in Kogi and Bayelsa prepare for the elections, predictions have been made ahead of the polls

- The predictions were made by Prophet Omoto Fufeyin, who said that the winners of the elections will eventually be decided in court

A known prophet in Nigeria, Omoto Fufeyin, who predicted the postponement of the last presidential election, has given his prediction about the Kogi and Bayelsa governorship election.

Asked by Legit.ng what will be the outcome of the elections in both states, Fufeyin said that the polls will end up in court.

However, as to the political parties that will emerge victorious in the polls, the prophet said that he will remain mute.

He said: "The same way I revealed the secret on the postponement of the presidential election, it's the same way I'm telling you; they will end up in court."

Stating that the court has the final say on the elections, Prophet Fufeyin added: "As a man of God, I am for all parties."

Meanwhile, Legit.ng reported that ahead of the governorship election holding in Kogi and Bayelsa states on Saturday, November 16, the Peoples Democratic Party (PDP) had said that it would defeat the All Progressives Congress (APC) and other parties that contest the elections.

The PDP's national publicity secretary, Kola Ologbondiyan, said in a statement issued on Tuesday, September 17, that the party has begun reconciling its aggrieved members following the aftermath of its governorship primaries in Kogi and Bayelsa states.

Legit.ng gathered that Ologbondiyan also noted that the party is strengthening its grassroots structures to win the governorship elections in both states.