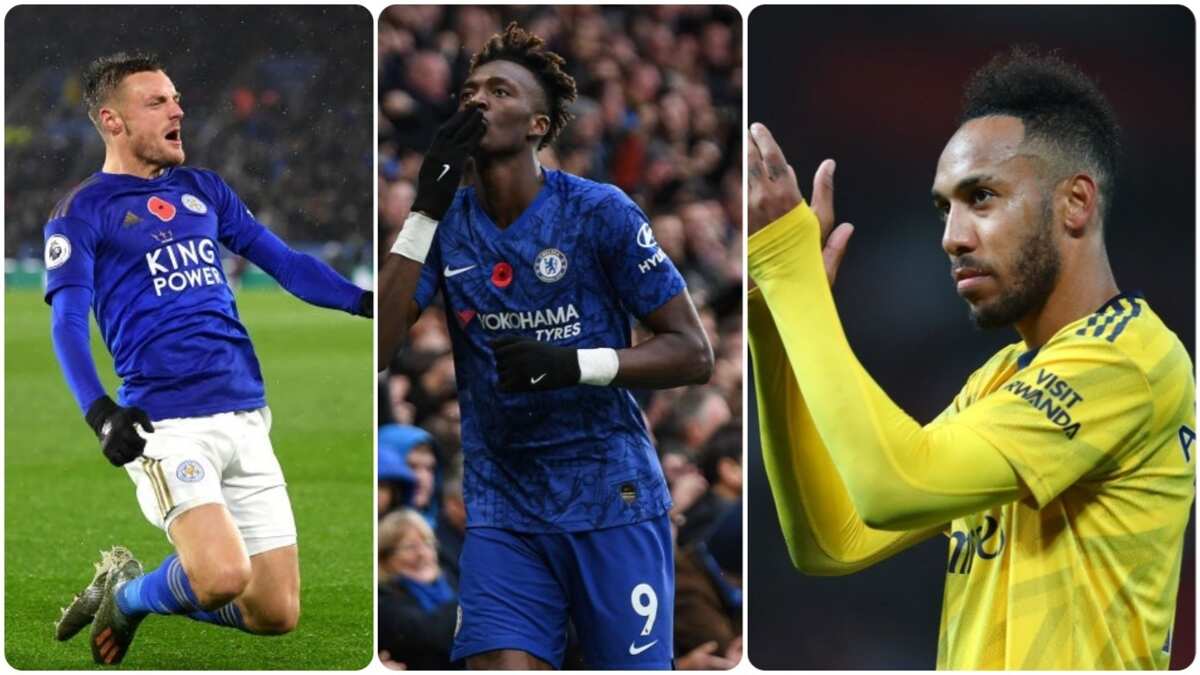 The England international has also provided two assists so far to keep his sport at the summit of the top five players chasing for the golden boot at the end of the season.

Vardy inspired the Foxes to 9-0 demolition of Southampton at Saint Mary's Stadium scoring a hat-trick after regulation period.

His contribution has pushed the former Premier League champions to second on the table with just eight points behind Liverpool.

The striker will hope to clinch the prestigious prize when the season lapses next may but will have other attackers to contend with for the title.

Chelsea youngster Tammy Abraham is closely behind his compatriot with ten goals after 12 matches this campaign.

Surprisingly, the forward spent the last couple of seasons on loan at Bristol City, Swansea City and a few other clubs.

But he got the nod from Frank Lampard to play for Chelsea this season and the player, who is of Nigerian descent has been impressive for the Blues.

He has also provided two assists for the Stamford Bridge outfit in all 12 games he has featured in this term - while forcing Olivier Giroud to take his place on the bench.

Manchester City top star Sergio Aguero is third on the chart with nine goals and two assists after the same number of goals.

The Argentine was denied a chance to score against Liverpool in their crunch EPL clash at Anfield over the weekend.

He won the prize at the end of the 2014-15 season with 26 goals in 33 appearances and will hope he can repeat the feat this season.

The 24-year-old has netted seven goals and one assist in 11 appearances - he will be one of the major contenders for the title this campaign.

Legit.ng earlier reported that Liverpool look solid to win the Premier League title for the first time in about 30 years following their win over defending champions Man City at the Etihad Stadium.

A goal each from Fabinho, Mohamed Salah and Sadio Mane endured the Reds remain unbeaten in the league after match day 12 encounters.

The victory also put them eight points ahead of Leicester City, who are second on the table against all odds with 26 points after the same number of games.