- A lawmaker from Alimosho in Lagos state, Bisi Yusuff, wants an overhaul of security operatives around pipelines

A representative of Alimosho constituency 1 at the Lagos Assembly, Bisi Yusuff, on Monday, November 11, called for the overhaul of security operatives along pipelines in the state.

Yusuff made the demand when he visited the scene of the explosion of a tanker allegedly belonging to pipeline vandals shortly after the incident happened at the ‘Abesan Estate Gate’ area of the state.

The explosion, it was learnt, resulted in a fire incident that destroyed property including vehicles.

Yusuff, who urged the federal government to rein in the cartel that vandalizes pipelines in the constituency and the state, lamented that the suspected criminals have continued to endanger the lives of the people.

He noted that the vandals are highly connected and carry out their activities heavily armed while recalling such incidents in other parts of the state. 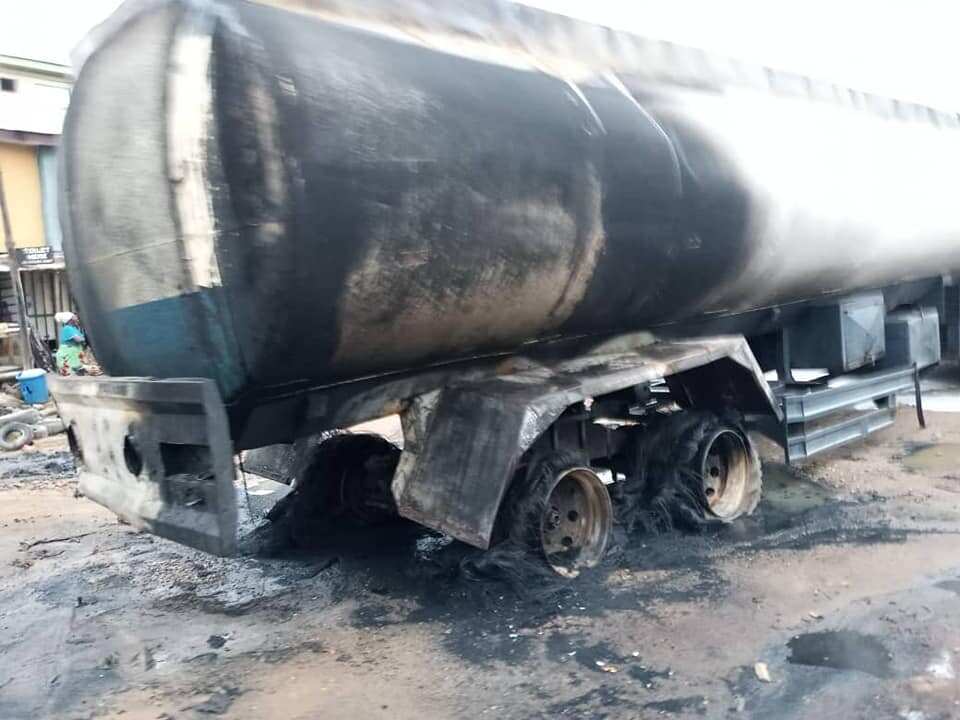 The tanker after the explosion in Lagos Credit: Bisi Yusuff media
Source: UGC

He also argued that what the constituency has as security around the pipelines is mere cosmetic as he urged the Nigerian National Petroleum Corporation (NNPC) to ensure effective surveillance of the facility.

The lawmaker commended the state’s fire service department for its prompt intervention and urged Governor Babajide Sanwo-Olu to further equip the unit. 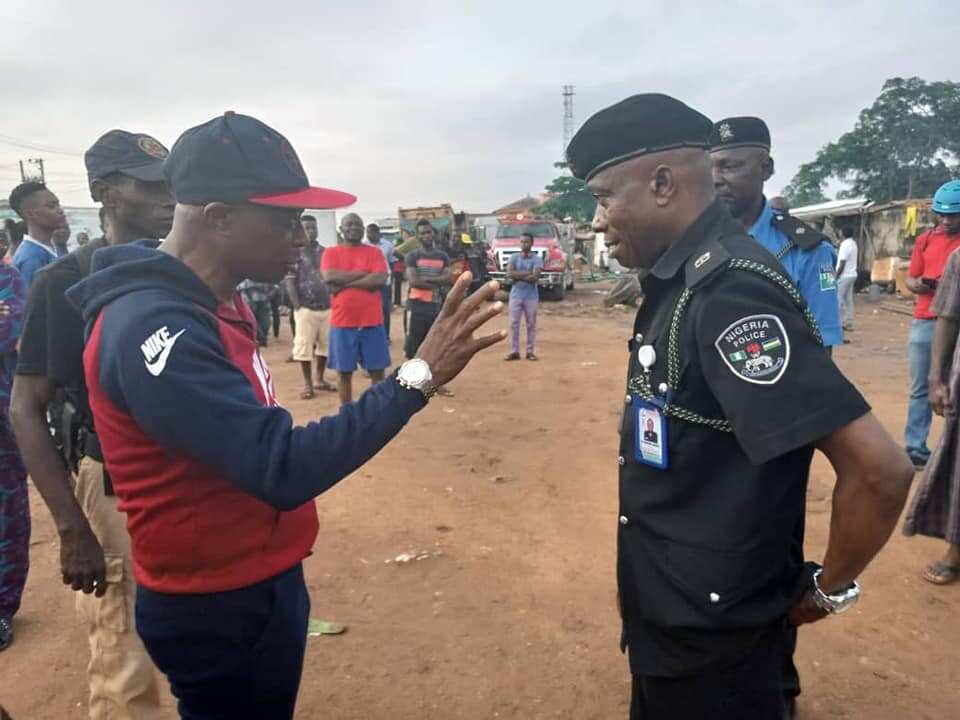