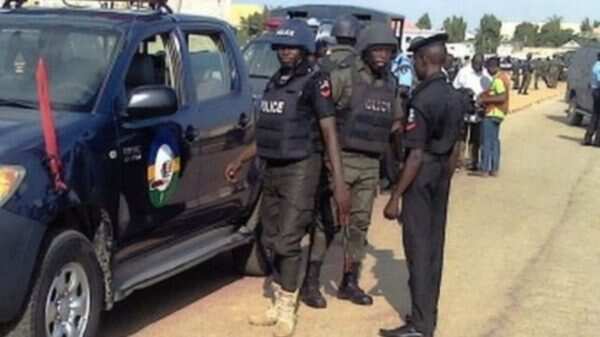 A policeman has been arrested by the National Drug Law Enforcement Agency (NDLEA) for allegedly supplying Boko Haram members with 59 kilogramme of tramadol in Gwoza area of Borno state.

The arrest of the policeman was confirmed by Reuben Apeh, commander of the NDLEA in Yobe, who spoke with journalists in Damaturu, the state's capital.

The Cable reports that Apeh claimed that the policeman was arrested with another person suspected to be a drug trafficker on November 7.

He added that the policeman claimed he always bought the tramadol from a customs officer before delivering the drug to the Boko Haram members.

“He confessed hiring the policeman to convey the drugs to Maiduguri before proceeding to Gwoza to supply suspected terrorists.

“He claimed that the drugs were part of consignments seized by the Nigerian Customs during its operations in Lagos, and were sold to him at the cost of N6 million, while the actual market value was N24 million," he said adding that investigations had continued so as to have the identity of the customs officer and an accomplice in Lagos.

“The drugs were transported from Lagos to Jos, and handed over to the policeman for delivery to Maiduguri, where he (trafficker ) will take it to suspected terrorists in Gwoza," he added.

Legit.ng earlier reported that Moses Oyeleke, a pastor with the Living Faith Church, better known as Winners Chapel, disclosed that Boko Haram insurgents wanted him to convert to Islam when he was in their captivity for seven months.

Oyeleke, a pastor in Maiduguri, Borno state, made the disclosure after he and a schoolgirl, Ndagiliya Ibrahim Umar, were released from Boko Haram captivity.