How we will bury PDP in Kogi election - Governor El-Rufai

El-Rufai who serves as the chairman of the APC campaign council for the Kogi governorship election made the statement in Lokoja at a rally of the APC, Daily Trust reports.

He said the party is confident that its candidate, Governor Yahaya Bello, would emerge victorious in the Kogi election.

“We are here not only to campaign for the second term of Governor Yahaya Bello but to completely bury the PDP once and for all. The PDP had ruled Kogi state for thirteen years without anything to show for it, but Governor Bello has done three years with lots of achievements”, he said. The Kaduna state governor urged the people to vote for the APC to avoid the mistake of returning PDP to power.

He said the APC administration in just three years had achieved more than what the PDP achieved in is about 13 years rule in the state.

El-Rufai also urged the people of Kogi west senatorial district to vote for Smart Adeyemi in the senatorial rerun election.

Meanwhile, a group, Kogi Professionals in Kaduna State (KPKS), has berated the federal government for releasing N10billion to the Kogi government 24 hours before the governorship election in the state.

The group in a statement sent to journalists on Wednesday, November 13, expressed deep concerns about the action of the federal government.

The statement, which was signed by the Engr. Isa Ainoko and Mrs. Mercy Ipinmisho, noted that the federal government has more explaining to do on the timing of its release of such funds just before election day. 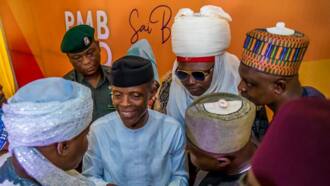