It appears the BBNaija drama between ex-housemate Tacha and winner, Mercy is set for another sequel as the controversial reality star recently took a swipe at Mercy in a recent video post online.

Recall a while back, Mercy Eke's endorsement deal with champagne brand, Moet seemed to have fallen apart after her relationship with club owner, Cubana Chiefpriest, turned sour.

Following this, it appears Tacha is gloating about the unfortunate turn of event and has even taken to social media to throw shade.

In a recent post on her Snapchat, she shared a video of herself taking a glass of what appears to be champagne, while mocking Mercy saying: "We need more of video, video moet."

While all may appear to have been settled between the two ex-housemates especially after a video circulated of them reconciling shortly after the show ended. 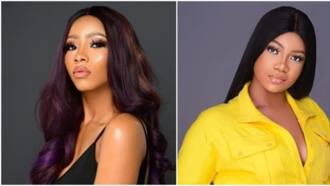 Well, it appears their decision to call truce may have died the moment Mercy, in a recent interview appeared to have reignited the fight.

In the interview, she stated that it was better to be evicted than disqualified as the latter would be a big let down to the fans who have supported you. Many people took this to be a direct shot at Tacha whose unceremonious exit from the show was one of the highlights of the 2019 BBNaija show.

Still on Tacha, despite her not-so honourable exit from the show, the fan love keeps increasing by the day. The controversial reality star who has one of the hugest BBNaija fan base, was recently honoured with the award for the 'Social media influencer of the year' category by Scream Award. 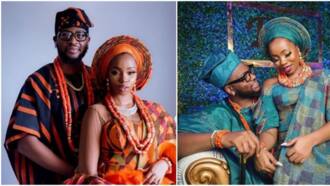