Breaking: Buhari back in Nigeria after private London visit 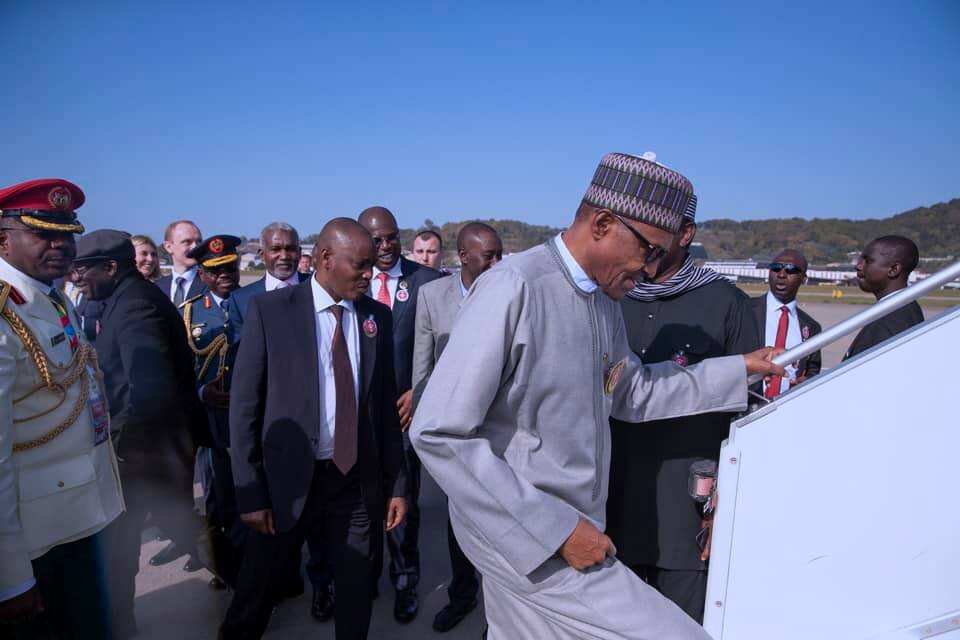 - President Buhari has returned to Nigeria

- The president's return was announced on Twitter by his aide, Lauretta Onochie

President Muhammadu Buhari has arrived Nigeria after his United Kingdom trip which saw him travel on a private visit.

The president's return was tweeted by one of his aide, Lauretta Onochie around 10: 19pm on Friday, November 15.

Recall that Legit.ng had reported that Buhari was expected to arrive the country today.

Legit.ng had also reported that the president’s flight took off from Stansted Airport, London, around 3:00 pm.

The president had travelled to London after attending the Economic Forum of the Future Investment Initiative (FII) in Riyadh, Saudi Arabia.

The president left Nigeria on Monday, October 28, for the economic forum in Saudi Arabia and from there procedded to the UK.

Also recall that Legit.ng reported that Buhari met the Archbishop of Canterbury Justin Welby at the Lambeth Palace in London.

Legit.ng reported that the meeting between the Nigerian leader and the archbishop was disclosed by the presidency in a twit on Sunday, November 10.

This was however not the first time Nigerian president and Archbishop Welby would be having a meeting.

The clergyman visited Buhari during the period where he traveled to London for medical treatment.

Meanwhile, recall that Legit.ng compiled a list of the times President Buhari had traveled out of the country on private visits or for vacation since he was elected as the president of the country.