Following ace photographer Busola Dakolo's sexual allegation case against Biodun Fatoyinbo of COZA being thrown out of court, the said pastor recently mounted the pulpit to reveal his reaction to the news.

Earlier on, Legit.ng reported the news of how an FCT high court sitting in Bwari, Abuja, dismissed the sexual molestation case between Busola and the popular pastor. She was also charged a fine of N1,000,000 as Justice Musa explained that it should have been 10 times more for wasting the court’s time.

Following the news which broke out a few days ago, the controversial man of God has spoken out for the first time. In a Sunday service filled with excited followers, he mounted the pulpit to react to the seemingly good news.

Speaking on the issue, he said:"On Friday, I could not talk to the world because I was just weeping so I'll try not to talk much not so I don't weep." 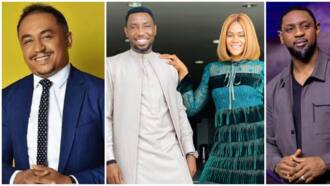 Dakolos vs Fatoyinbo: If you do not have what it takes to nail an offender properly, shut up - Daddy Freeze

This comes after Busola also reacted to the court's decision to throw out the case.

Taking to her Instagram page, she shared a post which reads: "Awareness is victory", and followed it with a lengthy post explaining how she felt about the case being thrown out, questioning the sanity of the country.

Busola who expressed comprehension of the fact that the case was statute barred, stated that she took comfort in the fact that her decision to expose the controversial man of God and share her story, gave other women the courage to also speak out. 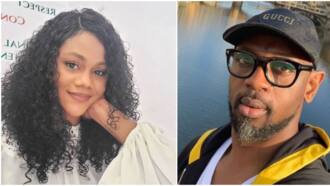