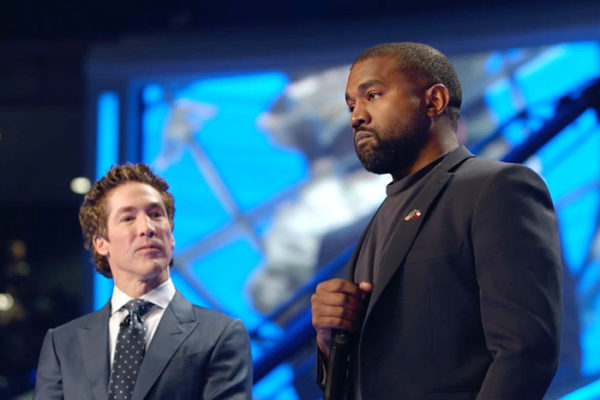 Kanye West, an American rapper, says God has been calling him to his service for a long time but he never realized this because the devil distracted him.

The rapper disclosed this while speaking about his “spiritual awakening” alongside Joel Osteen, an American televangelist, during a recent ‘Sunday Service’ performance in Osteen’s megachurch.

Making an example of himself as the “greatest artiste God has ever created,” West said the devil had earlier coveted the best businessmen, designers and musicians to himself but that a paradigm shift has now placed him on the side of God.


“I was drawing a church and writing ‘start a church in the middle of Calabasas’.Even after that I made the Life of Pablo album and said this is a gospel album. I didn’t know how to totally make a gospel album. Christians that were around were too beaten into submission by society to not profess the gospel to me because I was a superstar.

“But the only superstar is Jesus. All of that arrogance and confidence and cockiness that y’all seen me use before God is now using for him. Because every time I stand up, I feel that I’m standing up and drawing a line in the sand and saying I’m here in service to God and no weapons armed against me shall prosper.”

The 42-year-old, who had earlier described himself as the “greatest artiste of all time,” also spoke about the drive behind his parenting measures — not long after his wife had revealed he removed TVs and makeup kits from their kids’ rooms.

“Protect kids from the indoctrination of the media, the thousands of images that are fed to children by the age of six or seven. Within those images, there are others we don’t know about that lower their superpower so that they are more susceptible and become part of the robotic, numeric system that controls much of the media,” he added.

The rapper and gospel singer recently took his religious performance to the Harris County Jail in Houston, Texas, where inmates were thrilled to his ‘Jesus is King’ album.