While some of the Pepper Dem Gang housemates are bagging endorsement deals and getting a free ride in fame land, some have to work twice as hard and are still waiting for the deal that will change their lives.

This reality was painted in what can be described as a cruel way to BBNaija's Tuoyo who held nothing back in retaliation. It all started after Tuoyo is seemingly good faith cheered and congratulated a fellow BBNaija housemate, Ike who recently bagged an endorsement deal.

A social media user identified as Mhiza_suru then jumped into the comment section and teased Tuoyo for always congratulating others and is yet to bag a huge deal of his own. In response, Tuoyo fired back and stated that the troll looked like a corpse. 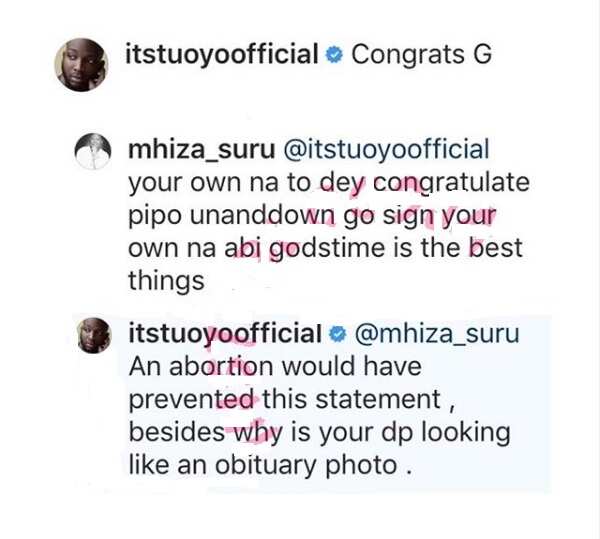 Meanwhile, just a short while back, Tuoyo joined two other BBNaija housemates to visit the Olu of Warri in Delta state. The housemates appeared to have enjoyed every moment meeting the royal father.

Each of the Pepper Dem stars took to their individual social media pages to share photos from the moment they arrived at the airport in the state.

In the photos shared by Omashola, the proud Warri born young man was sighted along some family members as well as his fellow reality stars that joined him on the trip.

Why fans think BBNaija is boring – Tuoyo on Legit TV