Boko Haram war is a fight we can win - UN 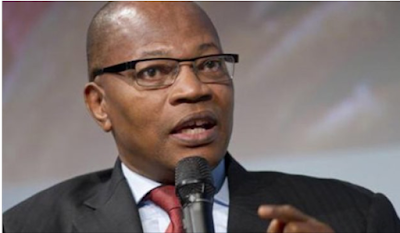 The United Nations and the European Union special representatives to West Africa and the Lake Chad Basin Commission say the spread of Boko Haram must be stopped.

The representatives expressed their organisations commitment to stop the spread of the insurgency.

They added that they would work together in the fight against insurgency in the north-east.


Chambas said the establishment of the Lake Chad Governors’ Forum was a welcome development, adding that the fight against insurgency is one that can be won.

“One area of interest is the ongoing efforts to checkmate Boko Haram and stop its spread because of its affiliation to international terror groups, ” Chambas said.

” That is why it is incumbent on us all that we must see the fight against Boko Haram as a fight against international terrorism.

“We are all concerned and we believe that Boko Haram is a fight that we can win. That is why we are specially applauding the efforts of the army in dealing with the menace.

“We welcome the establishment of the Lake Chad Governors’ Forum which had its inaugural meeting in Maiduguri last year.

“We believe it is part of a holistic approach which will focus on the root causes of insurgency.”

On her part, Lusada expressed the EU’s commitment and efforts to end the activities of the insurgents in Lake Chad Basin.

She said the commission is meeting with stakeholders to work on plans to solve the menace.

“There are many initiatives taking place and new ones coming up and this involves funding, but we want coordination,” Lusada said.

” The crisis has become regional and can only be solved with regional partnerships. That is why we are meeting with stakeholders. ”

Responding, Tukur Buratai, chief of army staff, commended the organisations for standing by Nigeria in its efforts to dislodge insurgents from the country.