Umar Sani, a former presidential aide, has described the Saturday, November 16, governorship election in Kogi state as an electoral banditry and robbery.

Speaking in an exclusive chat with Legit.ng, Sani said the chairman of Independent national Electoral Commission (INEC), Mahmood Yakubu, only executed the assignment given to him by the federal government to return Yahaya Bello as the governor of Kogi state.

He wondered why the late former governor of the state, Abubakar Audu, with his political influence and acceptance by people could not defeat the Peoples Democratic Party (PDP) with the bogus margin INEC released as the difference between Bello and Musa Wada during the election. 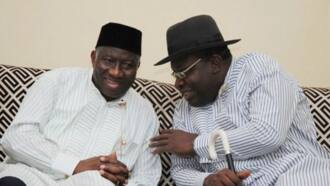 He said: “As for Kogi, it was turned to a theatre of war and violence. You need not be a soothsayer to know that no election took place in Kogi rather the allocation of votes that was supervised by INEC and supported by a vice chancellor who was specially handpicked to engage in such a hatchet job was what transpired.

“How popular is Governor Yahaya Bello compared to late Prince Abubakar Audu who defeated the PDP fair and square with 248,000 plus votes which he inherited and now he sets a new world record of 406,000 plus votes and his magical Okene abracadabra.”

Sani alleged that the INEC chairman Yakubu was only doing what the ruling APC asked him to do in order to prevent himself from being exposed for his alleged role in TETFUND.

He said: “I think the choice of Prof Mahmood Yakubu as INEC boss was deliberate. Do our bidding or get exposed for your role at TETFUND. So far he has kept faith with the promise and the process. What happened in Kogi is not an election but electoral banditry and robbery.”

The former presidential aide said he lost confidence in the Nigerian judiciary, adding that it would be impossible for the Supreme Court to upturn any governorship election where APC had won.

He, however, noted that some of the National Assembly elections that were upturned recently was a ploy to redeem the image of Nigerian judiciary.

“This flashes you see in the legislative upturns is a ploy to redeem their image, however that is where it stops. I don’t believe in the Nigerian judiciary, they are toothless bulldogs they can only bark but cannot bite.

“If not for people like Justice Zainab Ali Jos who has exhibited exceptional courage, honesty and sincerity and distinguished herself as a transparent judge, my assessment of the judiciary will have been hogwash. I do not see the Supreme Court upturning any governorship election except perhaps it has to be a PDP state.

“They are compromised and it is a shame on our so-called judicial independence and impartiality. Yahaya Bello was not even bothered about his election, rather, it is over his dead body for Dino Melaye to return, placing more emphasis on impressing the president than allow equity, fairness and justice to prevail. Every day, INEC is proving to Nigerians that Maurice Iwu is a saint,” he said. 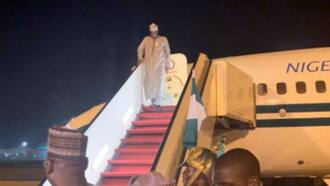 Meanwhile, Legit.ng had previously reported that Sani said the defeat suffered by the PDP during the Saturday, November 16, governorship election in Bayelsa state could have been averted if the party had fielded a popular candidate.

Kogi election: I will come out victorious, Yahaya Bello boasts | - on Legit TV