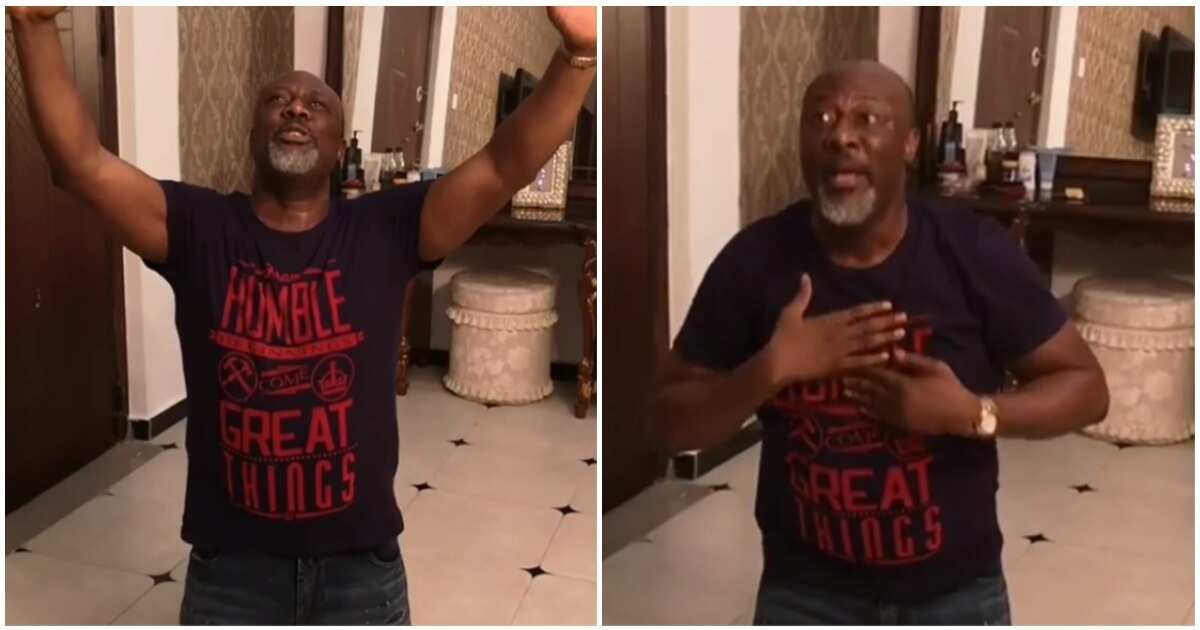 - Hours after his defeat at a senatorial rerun, former senator, Dino Melaye, releases a new song

Dino Melaye, the defeated candidate of the Peoples Democratic Party (PDP) in the election rerun for the Kogi West senatorial seat, has released a new song amid his current travail.

Melaye posted the video of him dancing as he sang hours after he reacted to the outcome of the election.

The former senator sang in Yoruba expressing optimism that God is not man and does not reason the way human beings would.

He noted that even when the world says one's life has no meaning or the prophets claim ones life is meaningless, their thoughts or predictions are not same as what God holds.

Legit.ng had reported that the winner of the election, Smart Adeyemi, on Sunday, December 1, spoke about his victory over Melaye, who occupied the position before the poll rerun.

Adeyemi likened Melaye to a boy who misused his opportunity of success through exuberance.

Speaking with journalists after he was declared the winner of the election by the Independent National Electoral Commission (INEC), illustrated Melaye's defeat with the story of a servant who stole his master's garment which happened to be too big for him making him to misbehave.

In his reaction too, Governor Yahaya Bello of Kogi said the defeat of Melaye by Adeyemi is a collective decision by people of the state to end ineffective representation.

Bello said this in reaction to the victory of Adeyemi, candidate of the All Progressives Congress (APC), in the election. Governor Bello said Adeyemi's victory is the collective manifestation of the virtues of the people of Kogi West.