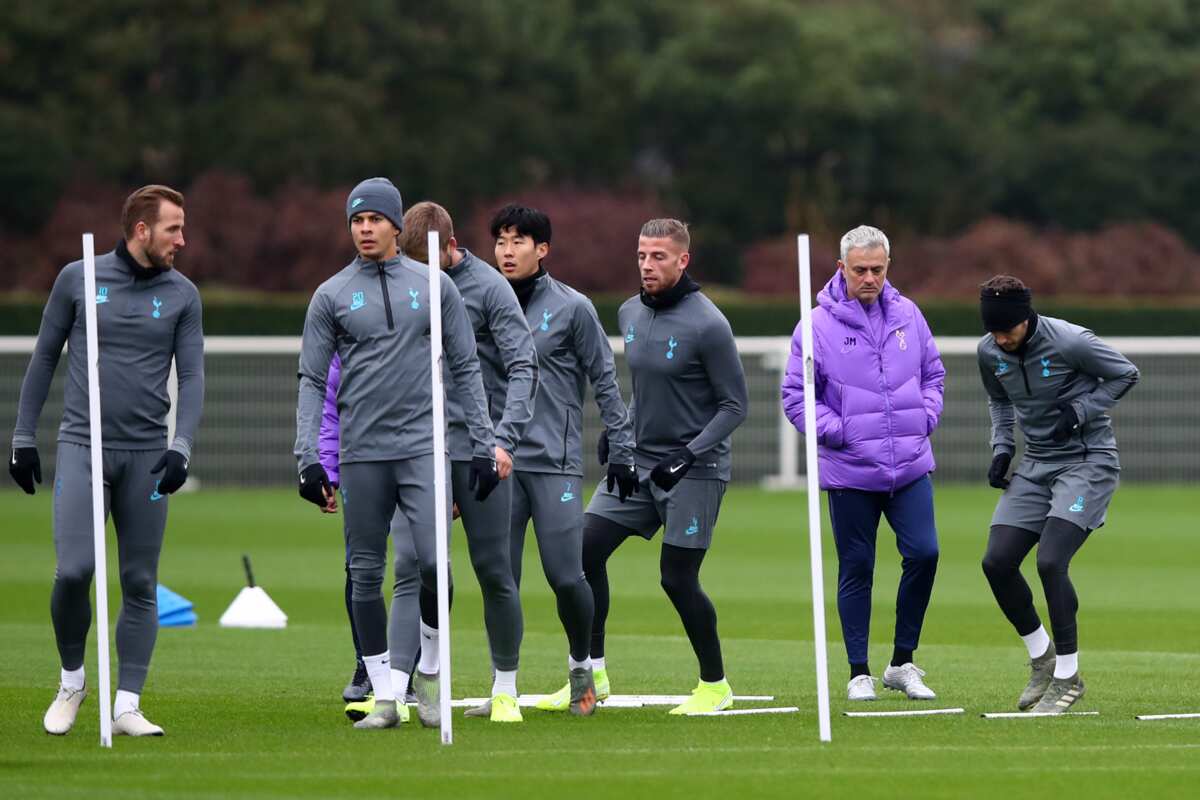 - Spurs, on the other hand appear to have rediscovered their form since Mourinho taking over as manager

Jose Mourinho returns to Old Trafford for the first time since his sack as he leads Tottenham Hotspur squad for clash against Manchester United this evening.

The Portuguese boss has been on a winning streak since his arrival at the north London side late last month winning all games across competitions.

He will, however, hope to maintain that status when he faces his former club in one of the midweek encounters today.

Meanwhile, United winger Anthony Martial has backed his teammate Marcus Rashford and Daniel James to shine against Spurs in what is expected to be the most difficult match of the day.

It would be the first time Mourinho returns to the club after losing his position at the ground 12 months ago.

United are currently tenth on the log - two points behind their visitors and they will hope to avoid defeat against the north Londoners led by the Portuguese-born tactician.

Spurs come into the match in fine form since Mourinho succeeding Mauricio Pochettino at the London club, United appear to be out of breath as they sit ninth on the league standings.

However, Martial has warned Tottenham of the Red Devils dynamic duo in Rashford and James who joined the club in the summer.

"He (James) ’s a player who is blessed with incredible pace. He really is unbelievably fast and yet he is also someone who is able to choose the right option.

"He doesn’t lose control, he keeps his head and then often manages to make the right choice," the Frenchman noted.

On Rashford, the former Monaco winger described him as "a complete player" and one who has found a fresh dimension to his game this season.

"I hope he’ll keep going like that because that will help us a lot to improve and assist the team in general," he said.

Meanwhile, Martial is scheduled to miss the Wednesday encounter with injury in what will be a massive blow to Ole Gunnar Solskjaer.

The French striker was subbed off in the 82nd minute during last weekend's draw against Aston Villa due to a muscle problem.

And according to Sky Sports, the France international is believed to be struggling to recover from a muscle problem.

JUST IN: Edo PDP gets great boost ahead of guber, receives 106 defectors 0

End of the road: Magu moves personal belongings out of EFCC headquarters 0

My successor will not face same financial challenges – LASU VC 0

Edo guber: Ganduje, not at my level — Wike 0

WAEC lists requirements for conduct of exams in Africa

Personal Protective Equipment, more classrooms, supervisors and invigilators will be required to conduct the 2020 West African Senior Secondary Certificate Examination for school candidates, due to the