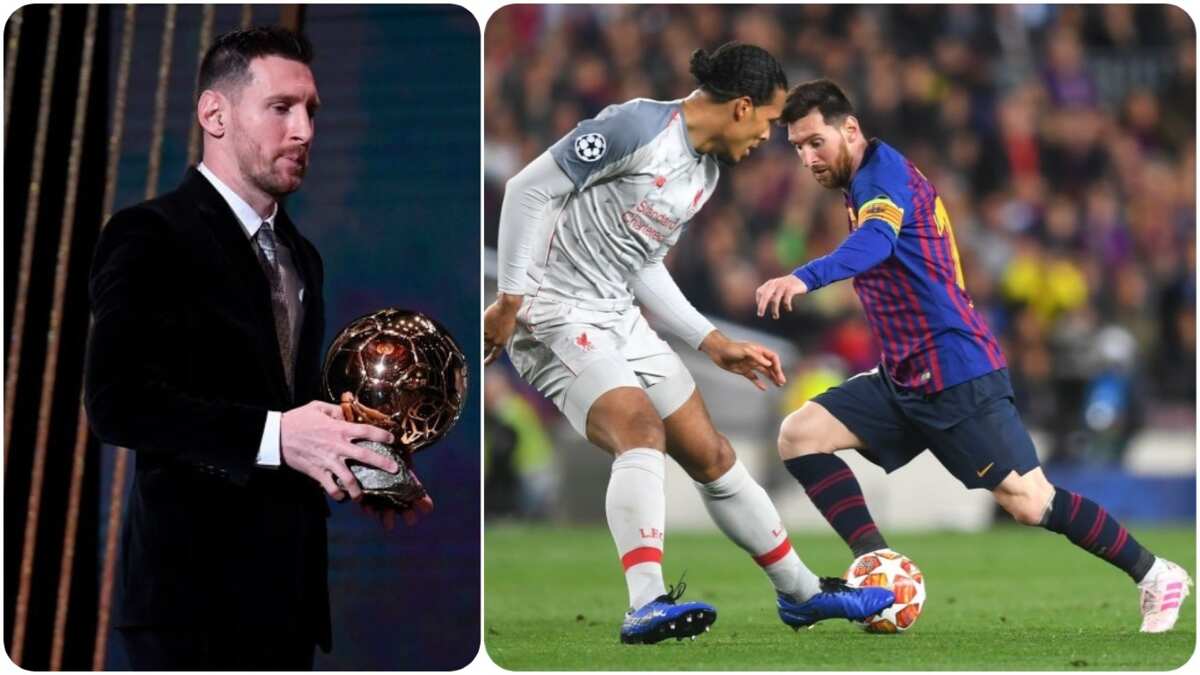 Despite failing to win the Champions League last season, the Argentine forward managed to pool more votes ahead of the other major contenders.

The Barca captain finished top of the chart with 648 votes - seven points better than the Dutchman while Ronaldo came third.

Daily Mail quoting CNN, however, reports that Messi's mother claimed her son was not expecting to be named the winner.

She said they (herself and her son) thought Van Dijk was going to win the title following his impressive contribution to the Reds triumph in Europe.

Messi's mother said: "I am very happy. We were not expecting this.

"We thought the fifth had been the last. Honestly, this was a beautiful surprise. He (Messi) did not expect it either.

Liverpool ended Barca's quest of winning the title after coming from three goals down in the first leg to win the game 4-2 on aggregate after 180 minutes.

Legit.ng earlier reported that Barcelona captain Lionel Messi has jumped into the defence of Cristiano Ronaldo following the Portuguese's decision to give the 2019 Ballon d'Or awards ceremony a wide berth.

The two football greats were gunning for the prestigious individual prize, leading a 30-man shortlist that included Virgil van Dijk.

But it was Messi who emerged victor, clinching the gong for a record sixth time -one ahead of Ronaldo who finished third.