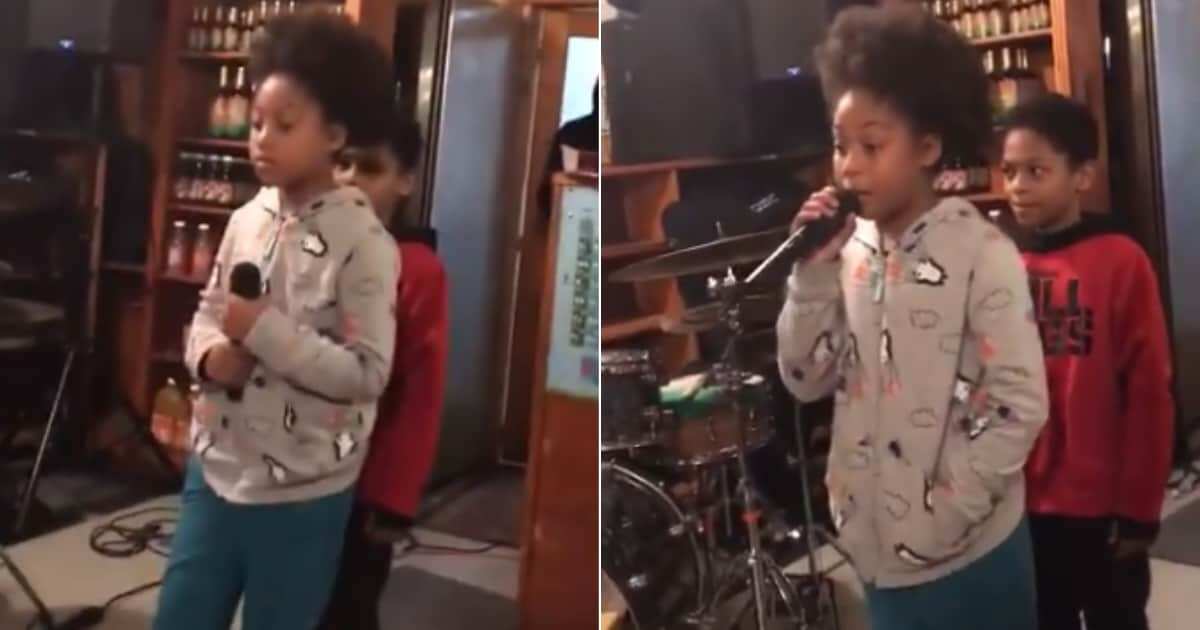 A little girl has gone viral on social media after a video showing her incredible rap skills was shared. The footage has been viewed over a million times and it has left many social media users impressed.

Twitter user Mnibilly shared the video on the social media platform with the caption:

"Na can we make her famous?! This was in Long Island and her name is Amolly"

"I need the rest of this joant"

"I anticipated heavy cringes but this was aight for her lol"

"She got that nasty flowwwwww"

"If a little girl saying “what I do” multiple times in a song can get famous, so can she"

"Do we have a long version of this? Asking for a friend"

"I love how everyone hyping her up made her even more confident. Yasss for the future children in arts"

"Can we get more videos of her"

Meanwhile, Legit.ng earlier reported that 15-year-old Senegalese Cheikh Bamba Diaby will be one of the people who could become major players in technology years from now.

His passion for robotics engineering started when he mistakenly locked his sister’s phone. He said that in trying to resolve the issue without anyone knowing, he took the phone to an engineer who demanded a sum.

Unable to come up with the charged fee, he decided to go on the internet and make research, which he succeeded at.

Since then, he has been creating robots that perform different tasks. He made a motion sensor, a card reader, an independent car, among others.

In his interview with the media, he spoke about how electronic devices are always hidden from him because he has a curious mind.

“My father asked my mother to hide all the electronic devices because I was a stubborn and very curious child,” he said.