Kogi West: What Nigerians want Melaye to do after losing Senate seat to Adeyemi - Poll 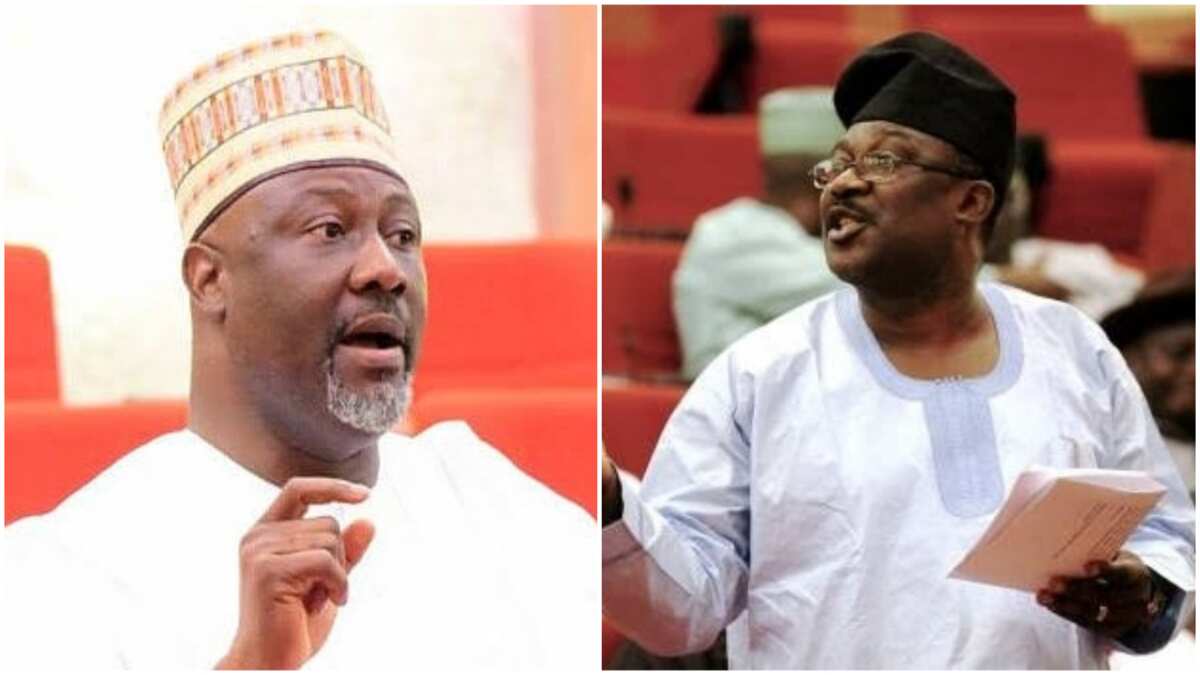 It's no more news that Senator Dino Melaye who represented Kogi West at the eighth Senate is no longer a federal lawmaker.

Though he won his re-election bid to represent the senatorial district during the general elections, he was sacked following a petition filed by his closest rival in the poll, Smart Adeyemi, the candidate of the All Progressives Congress (APC).

The appeal court sacked Melaye who was voted on the platform of the Peoples Democratic Party (PDP) and ordered another election.

Unsurprisingly, Senator Melaye has vowed to challenge the election in court.

Should the defeated senator go to court as he vowed to do or accept defeat and move on? Legit.ng asks Nigerians in a poll conducted via our Facebook and Twitter platform. Below is the result:

Though the margin of difference is close, the majority of the respondents advised Melaye to accept defeat.

On Facebook, out of the over 5000 respondents who voted in the poll, 57% advised Melaye to accept defeat while 43% advised him to challenge the election in the court.

On Twitter, 39% of the respondents advised him to accept defeat while 38% backed his decision to go to court.

Below is a short collection of what some of the respondents said alongside their votes:

Meanwhile, residents of Kogi West senatorial district have tasked their newly elected senator, Adeyemi, to be hardworking as he is sworn in as a member of the 9th National Assembly.

Speaking after his victory, Senator Adeyemi promised to prioritise the need of his people at the National Assembly.

Adeyemi who is now a three-term senator said he is humbled by the people’s support.