Legit.ng earlier reported that Okorie lambasted Tacha for not showing gratitude, despite how she had had gone out of her way to support and campaign for her, while she was in the Big Brother house.

Okorie also noted that she made several attempts to contact the reality star but was either ignored or not given prompt feedback.

Well, it appears Tacha’s fans on social media are not having any of what the screen diva is directing at their celebrity star.

Enraged fans flooded Okorie’s comment section and faulted her for bringing the matter to social media, when it could have been better addressed in private.

See screenshots of some comments below: 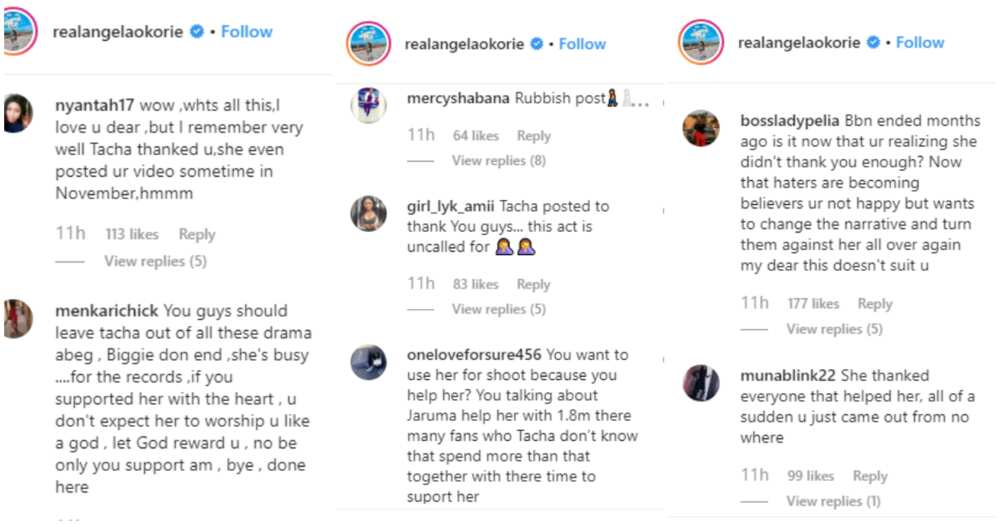 Meanwhile, Legit.ng previously reported that Tacha jetted down to Ghana, in a bid to spend some time with her fans and supporters in the country. The reality star had spent the past couple of weeks building anticipation for her visit to Ghana on her social media page.

The Kotoka International Airport was packed full with her supporters popularly known as ‘Titans’, who were all excited to have her in their midst.