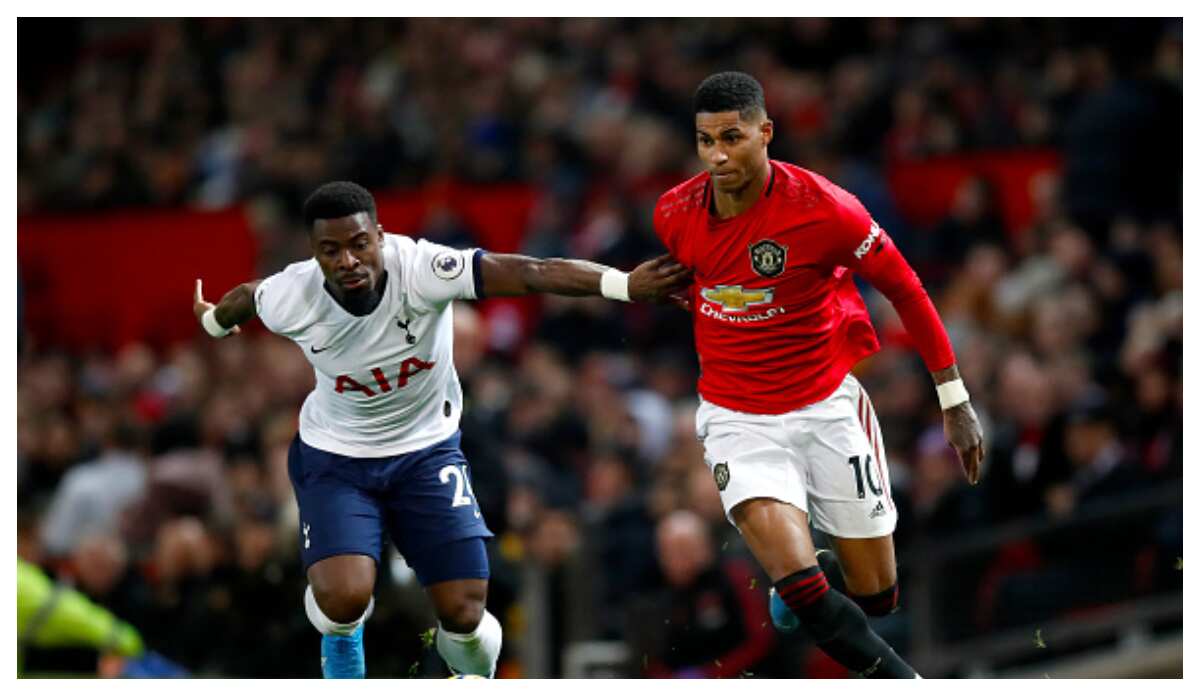 Man United vs Tottenham ended 2-1 in favour of Ole Gunnar Solskjaer's side in Jose Mourinho's return to Old Trafford.

A double for Marcus Rashford was enough for the Red Devils to shoot themselves above Spurs on the table as Dele Alli scored his side's only goal.

United got off and running as early as the sixth minute as Rashford shot straight past Paulo Gazzaniga in goal to make it 1-0.

The England international was on rampage in the 26th as his shot was pushed against the cross-bar by Gazzaniga.

The Argentine goalkeeper was called into action again two minutes later by the Englishman as he palmed the ball away from goal.

But Spurs' first meaningful chance resulted into a goal after Alli showed a touch of class as he controlled the ball before putting it past David De Gea to make it 1-1.

United restored the lead from a spot-kick in the 59th minute after Moussa Sissoko fouled Rashford and the 22-year-old converted the resulting spot-kick to make it 2-1.

The Red Devils were the better side all night as Daniel James tried his luck from outside the 18-yards box but saved by Gazzaniga.

Alli also had a chance to level the scores late on but he could not keep his on target as the match ended in favour of United.

Meanwhile, Legit.ng had earlier reported that Arsenal players were spotted on camera completely ignoring a young mascot before the Premier League game against Norwich City at Carrow Road.

Gunners fans were angered after a video from Norwich’s Instagram stories showed Aubameyang, Shkodran Mustafi, Mesut Ozil, Alexandre Lacazette and Calum Chambers all walk past a young Arsenal mascot without acknowledging him.