N5.4trn unaccounted for in defence sector in 15 years - CSOs

- Civil Society Legislative Advocacy Centre (CISLAC) and its partner, Transparency International, Defence and Security (TI-DS) have said that nearly N5.4trn have been unaccounted for in the defence sector in the last 15 years

- This was revealed in a workshop held in Abuja to discuss the gaps in the 2020 budget, especially pertaining the defence sector

Between 2000-2015, nearly N5.4 trillion have been unaccounted for in the Nigerian defence sector, Civil Society Legislative Advocacy Centre (CISLAC) and its partner, Transparency International – Defence and Security (TI-DS) have said.

At a workshop meeting held in Abuja on Wednesday, December 4, the two CSOs stated that certain structural and institutional problems still exist in the defence sector which undermines realisation of objectives that should transform the sector.

According to CISLAC, unpublished defence budget are an avenue for corrupt military personnel to steal and launder money abroad.

“More spending does not mean more security. Defence sector is a juicy target for corrupt military leaders seeking to pad their pockets, without increasing transparency and oversight of our most secret sector, we will not succeed in keeping Nigerian wealth in Nigeria. Corruption in the defence sector has only expanded,” said Auwal Musa Rafsanjani, Executive Director of CISLAC. 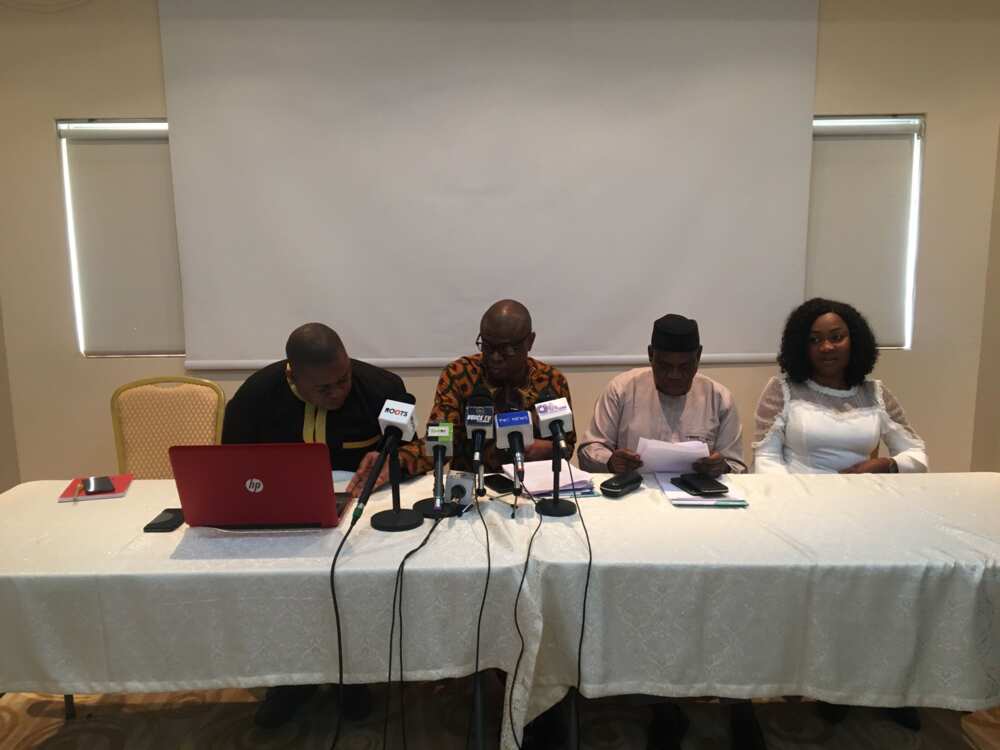 The two CSOs also recommended several series of reforms to be undertaken by the defence sector. Photo: UGC.
Source: UGC

While President Muhammadu Buhari has made significant moves to take on the secretive and powerful defence sector, said Rafsanjani, the pace of reform at the Ministry of Defence is slow.

Determined to push for greater accountability and integrity in the defence architecture of Nigeria, CISLAC and its partner called on President Buhari to brief the nation on the spending of money withdrawn from the excess crude account to purchase intelligence equipment and weapons to fight against Boko Haram in 2017.

The two CSOs also recommended several series of reforms to be undertaken including; development of a defence sector anti-corruption strategy and regulation of secretive security votes.

“Taking on the defence sector was a bold move by President Buhari. But efforts to bring the corrupt to justice are not enough. Ambitious institutional anti-corruption reforms are needed to prevent the next $15 billion quietly leaving Nigeria through the back door,” the groups said.

The proceeds of corruption are taken to our religious houses on Legit TV: