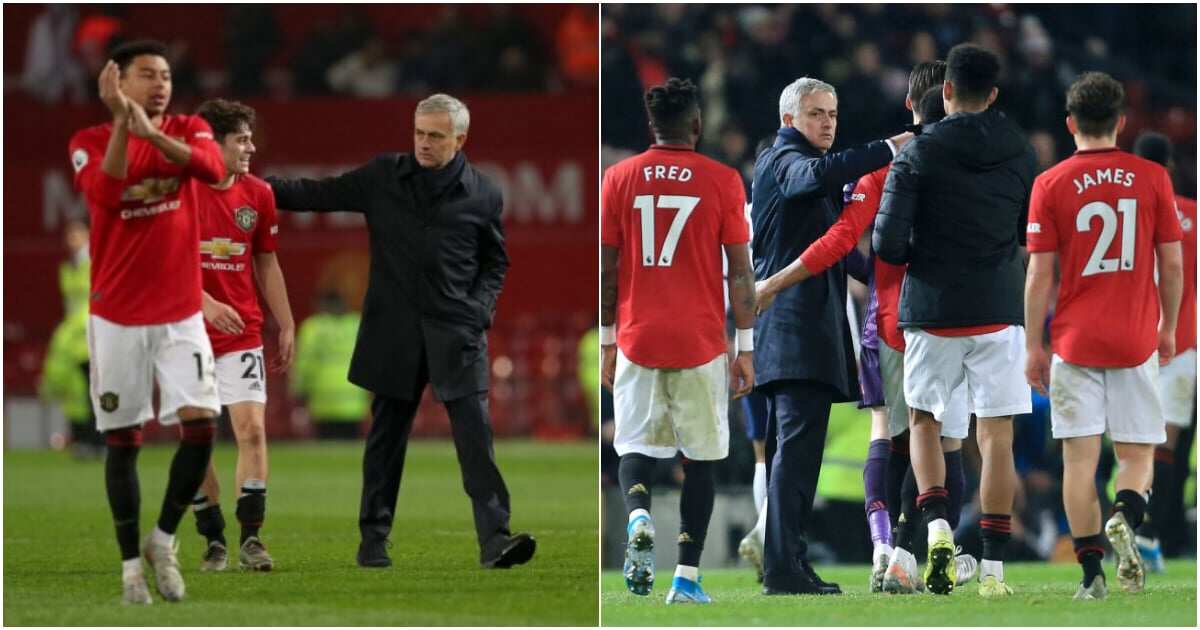 - Mourinho, however, suspended his abrasive nature as he took time out to congratulate United players

This was Mourinho's first defeat since succeeding Mauricio Pochettino at Spurs and his first meeting against United since his sacking back in December 2018.

A sensational brace by Marcus Rashford is all the Red Devils needed to damage the London club, with Dele Alli's stunner turning out as a mere consolation.

However, despite the heartbreak in the hands of his former team, the tactician made sure he congratulated every United player on their deserved win.

The Portuguese, who is not known for his graciousness in defeat showed a different side as he hugged and shook hands with every United player.

Before the match, the former Chelsea and Real Madrid boss pointed out there was no bad blood between him and United's support base.

He will now be desperate to return to winning ways when Spurs host Burnley for another league clash on Saturday, December 7.

Earlier, Legit.ng reported that Jose Mourinho admitted that his Tottenham side did not take the game against Man United too serious after losing 2-1 at Old Trafford.