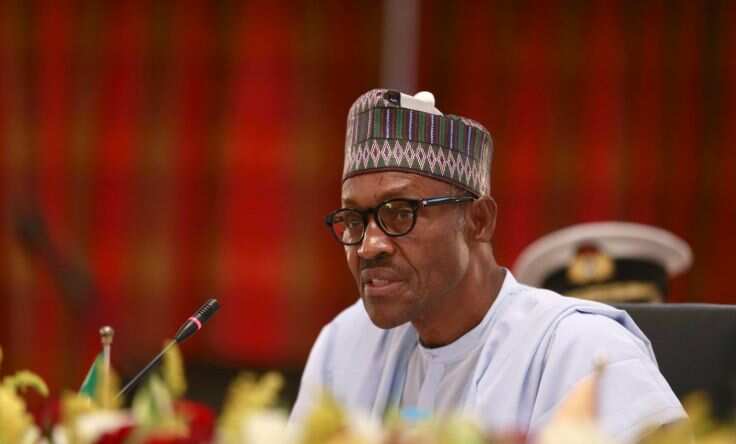 - The National Assembly lawmakers have been advised not to approve the recent request for $29.9 billion loan made by President Buhari

The national chairman of the Peoples Redemption Party (PRP), Falau Bello, has said that the ruling All Progressives Congress (APC) will split before the next elections in 2023.

Daily Trust reports that Bello said that his party PRP has alternative blueprints to address the challenges facing Nigeria presently.

Also raising alarm on Nigeria's current debt profile, the PRP chairman said the nation skyrocketed from $10bn debt when President Buhari took over in 2015 to $84bn.

Bello in a plea called on lawmakers of the National Assembly to desist from approving the recent $29.9bn loan request made by President Buhari.

He said the loan if approved by the lawmakers of the National Assembly would shoot the nation's debt profile to $100 billion.

Bello said: “When it came into office in 2015, the government inherited a debt burden of just $10 billion, today our country’s debt exposure has spiralled up to about $84 billion."

Meanwhile, Legit.ng previously reported that Nigerians urged lawmakers of the National Assembly to reject the request for $29.9 billion loan by President Buhari.

Some 83% of citizens in response to an online poll by Legit.ng said urged the lawmakers to reject the request while 17% asked the Senate to allow the government to take the money.