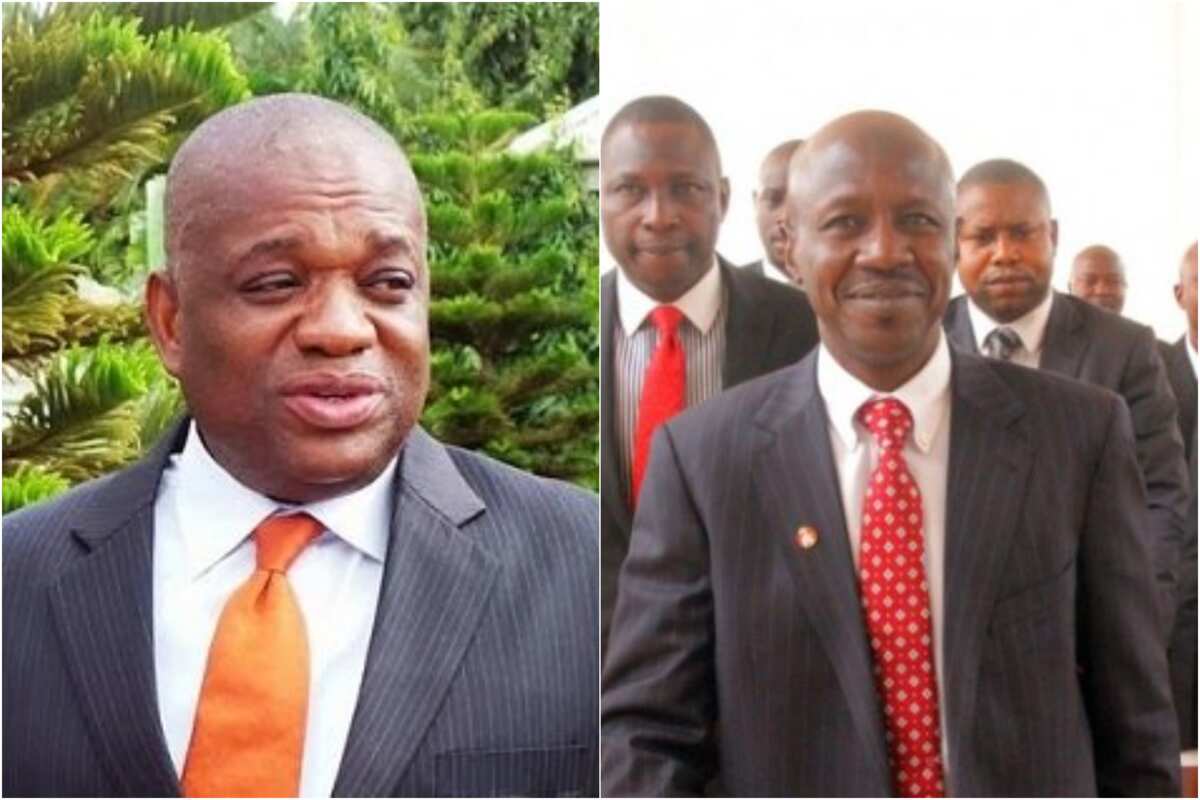 Vanguard reports that the group described Kalu's conviction by Justice Muhammed Idris of the court as a mark that the acting chairman of the Economic and Financial Crime Commission (EFCC), Ibrahim Magu.

Legit.ng gathered that it said Magu has earned himself a glorious feat unmatched in the country's history of anti-corruption war.

Justice Idris further had held that Kalu’s company, Slok Nigeria Limited, the third defendant, be wounded up and all assets forfeited to the federal government.

Commenting on the judgment, the group’s national coordinator said with the feat, Magu deserves the support of all well-meaning Nigerians while calling on the president to as a matter of exigency renominate him for a fresh 4-yeas term as the EFCC chairman.

“The conviction of a whole Senate chief whip has shown that Ibrahim Magu is serious about eradicating financial corruption in our polity. If a former governor and a member of the president’s party can bag a 12-year jail term, I tell you this man means business.

“Don’t forget that Orji Kalu holds a chieftaincy title from President Buhari’s hometown of Daura. His various media outfits also gave the president awards yet, Ibrahim Magu has sent him to jail," he said.

The group called on President Buhari to return Magu as EFCC boss and also empower the agency to do much more.

he said: "I also want to urge Nigerians to cooperate with this government to get rid of corruption in Nigeria. The anti-graft crusader also added that Nigerians should expect the conviction of more high profile Nigerians."

Presidency, Nigerians give their thoughts on the fight against corruption| - on Legit TV