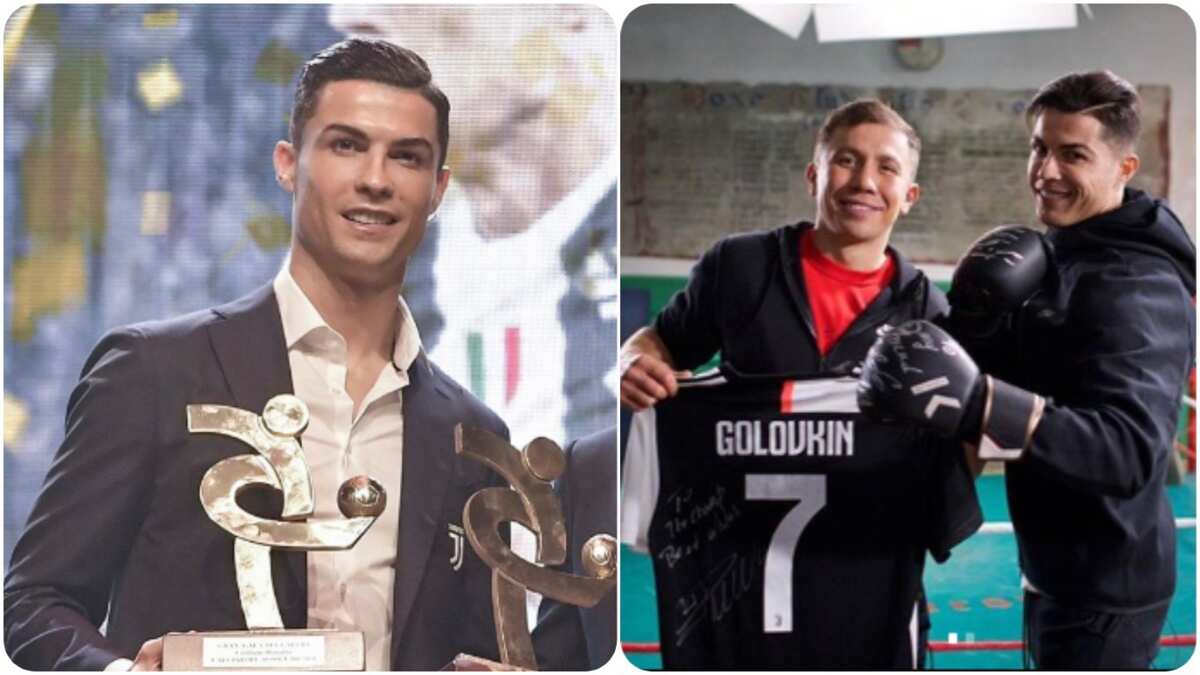 The 34-year-old was however unmoved by the snub as he also won two prestigious Serie A prizes the same night.

Ronaldo was however spotted wearing boxing gloves as he posed for pictures with his 'special friend' and superstar Gennady Golovkin.

According to Daily Mail, both stars are working on a project with the duo sharing pictures of their hangout on their various social media platforms.

Golovkin while posting the picture said: "Had a great time seeing my friend @cristiano today! There's something exciting in the works with @daznglobal – can’t wait for everyone to see.

He added: "See you soon my friend! @cristiano".

Ronaldo, who is trailing Messi in the number of Ballon d'Or awards in their cabinets also confirmed the news.

The former Real Madrid said: "Working on an exciting new project for @daznglobal with a special friend. Great to see you @gggboxing !".

He also autographed his famous Juventus number seven jersey while putting on a pair of boxing gloves.

Legit.ng earlier reported that Cristiano Ronaldo extended his outstanding record over his fiercest rival Lionel Messi as he becomes the first player to win the best player in England, Spain, and Italy.

The Juventus forward failed to attend the 2019 Ballon D'Or ceremony as Messi scooped a record sixth award and now one above Ronaldo.

But that did not in any way change Ronaldo setting another record similar to the one he created as the first player to win the Premier League, La Liga and Serie A titles.