Update: Abia ex-governor Orji Uzor-Kalu to spend 12 years in jail as court sentences him, 2 others 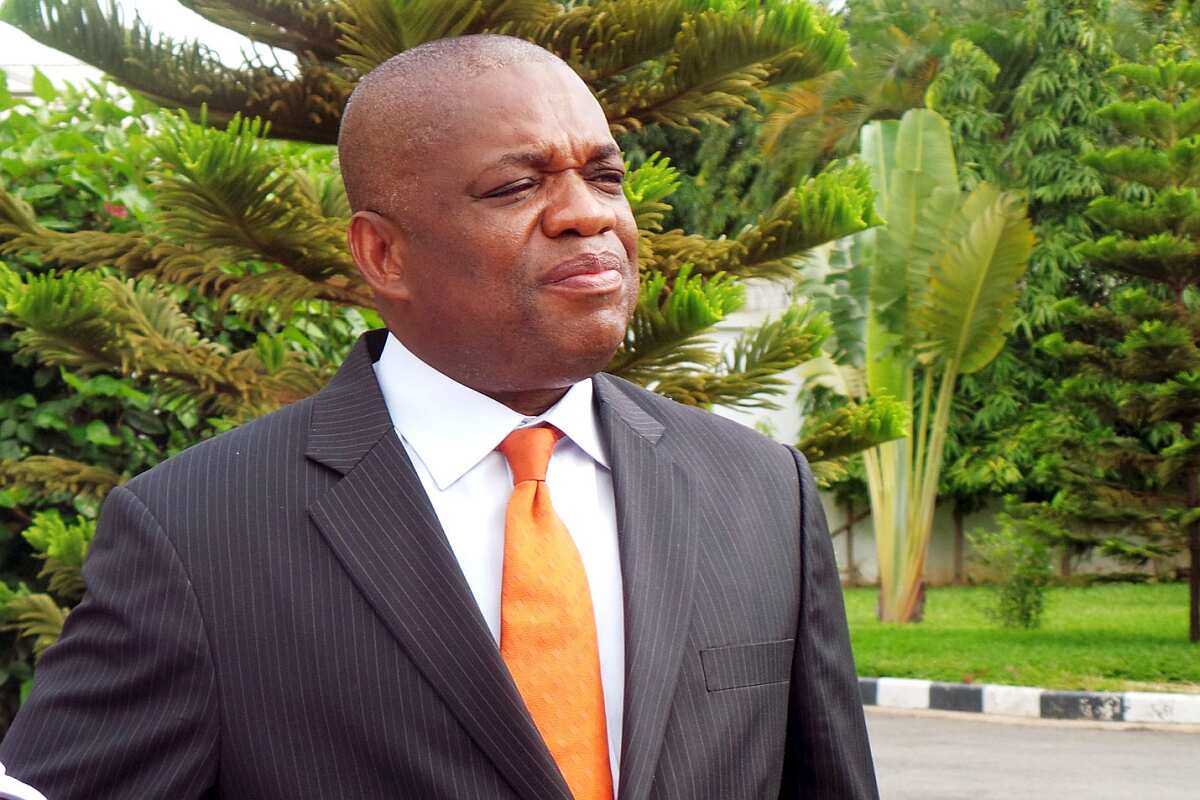 - The court sentenced the former governor to 12 years imprisonment

Kalu, according to The Nation, was found guilty with two others in the alleged fraud.

The report said Kalu’s co-defendants also found guilty are his firm, Slok Nigeria Limited and Udeh Udeogu, a former director of finance and accounts under him as governor.

The court presided over by Justice Mohammad Idris sentenced Orji Kalu to 12 years imprisonment. The prison sentence also came with other multiple sentences between three and five years.

The other two defendants were slammed with multiple sentences between three and 10 years.

The judgement of the court came weeks after an appeal court dismissed an application filed by the Peoples Democratic Party's (PDP) candidate for the Abia North senatorial district, Mao Ohuabunwa, against Kalu's victory.

Uzor-Kalu, a member of the All Progressives Congress (APC), had in his reaction, said he had nothing to say but to give all thanks and glory to God Almighty.

Recently, Uzor-Kalu, who governed Abia between 1999 and 2007, told the court during one of the trials that he governed the state with his personal money within the initial six months of his first tenure.

He said he could not have stolen what was not in existence.

Earlier, an anti-corruption group was quoted as raising an alarm over the sudden change of date for the final judgement on the N7.6 billion fraud charge against Uzor-Kalu.

The group as lovers of democracy, patiently waited for the 12-years, following the court trial of the former governor who is now a senator at the ninth Senate.

How to ask for a letter of recommendation: Best advice for students and employees 0

Discover all the top details about Jordan Fisher: age, fiance, net worth and songs 0

[unable to retrieve full-text content]Social media sensation, Broda Shaggi has released his first single for the year titled “Yo Yo“. The track features one of Nigeria’s finest