- The singer said he was confused about how the car Etinosa received in Dubai got to Nigeria in a few days. He also said the car she showed off was Benz in Dubai and now it is a Venza

- Etinosa replied the singer over his comments, stating that she never lied about the car because she has more than one car

Nigerian singer Duncan Mighty has gotten into a social media squabble with controversial actress Etinosa. The singer called out Etinosa over a car gift she showed off on social media after she received it in Dubai.

Legit.ng had earlier reported that actress, Etinosa Idemudia, announced on social media that she received a Mercedes Benz as a gift in Dubai. She said she got the gift after responding to an angel on Instagram.

In a now-deleted post on Instagram, the singer said he was confused about how Etinosa's car gift got to Nigeria in less than 28 days. He also said the car was a Mercedes Benz in Dubai but now it is a Venza. The actress replied to the singer's comment on her Instagram story. She stated that she has more than one car and went ahead to list the names of her three cars. 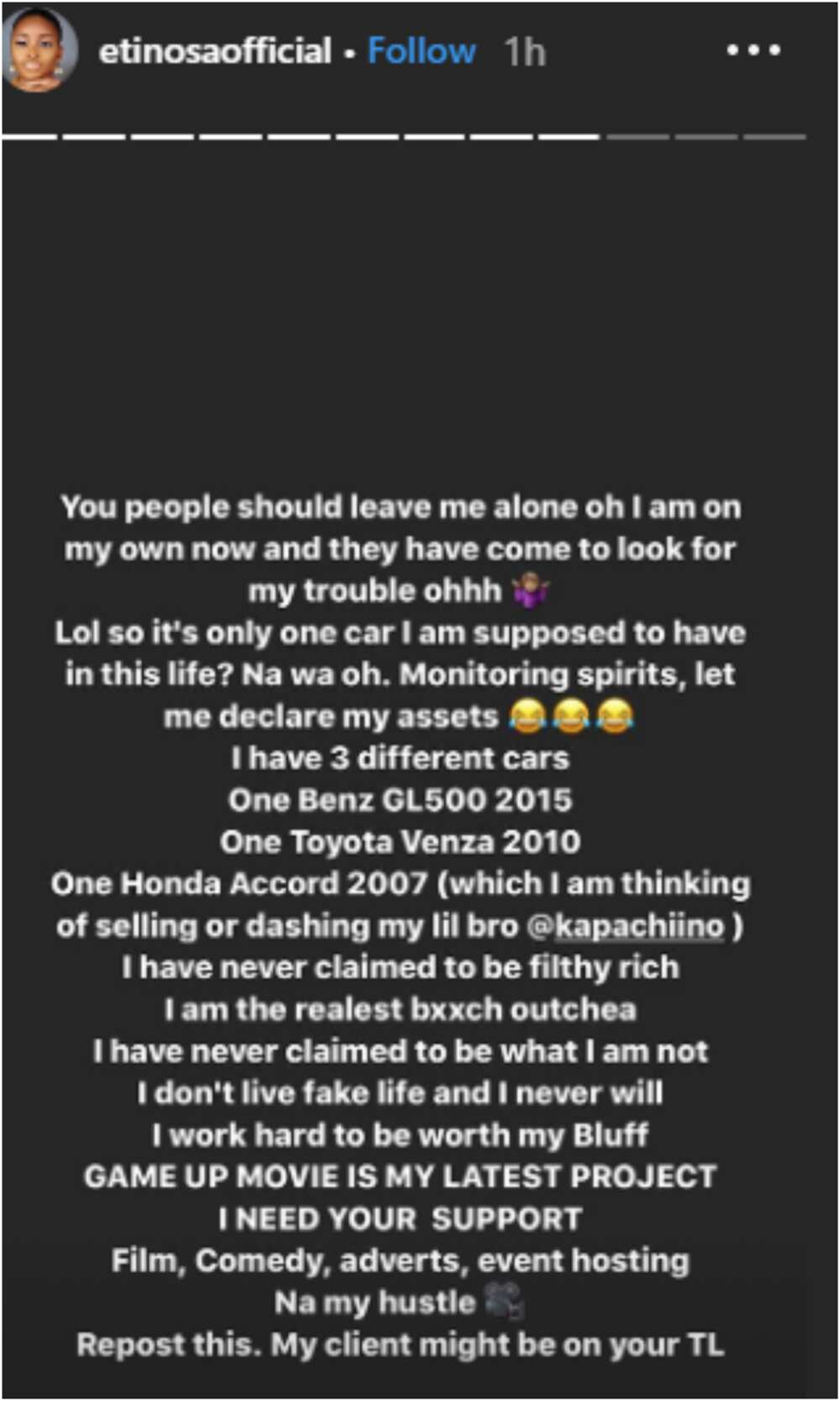 Iyanya – For Your Love (EP)

Talented Nigerian singer, Iyanya has released his highly anticipated body of work titled “For Your Love (EP).”The EP is a four-track project comprising “Over You,”