- Not less than 717 personnel of the Nigerian Air Force were graduated on Friday, December 6

- This means that the total number of personnel trained in FP-CAGE since 2015 is now 3,629

The Nigerian Air Force (NAF) on Friday, December 6, graduated a total of 717 officials made up of 623 regiment and 94 Air police personnel, who have been trained in Force Protection in Complex Air-Ground Environment (FP-CAGE).

With this feat, the NAF has increased the number of officials grounded in FP-CAGE since the force began working with the British Military Advisory Training Team (BMATT) in 2015 to 3,629. 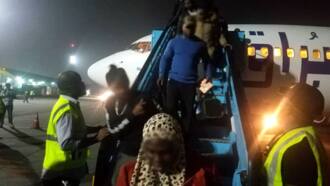 Chief of the Air Staff (CAS), Air Marshal Sadique Abubakar, in his speech advised the graduants to do their utmost to protect the nation's territorial integrity and democracy as they remain loyal to constituted authority.

Abubakar pointed out that the RTC will not seize to be a centre of excellence for the delivery of all-round combat skills to regiment personnel in an effort to ensure the security of NAF bases.

He went ahead to say that the quality of the training delivered by the RTC is clear in the gallantry and skill of regiment officials deployed in 10 operations throughout Nigeria in the battle against terrorism.

Meanwhile, Legit.ng reported that NAF had released the list of shortlisted candidates for the NAF medical special enlistment selection interview. 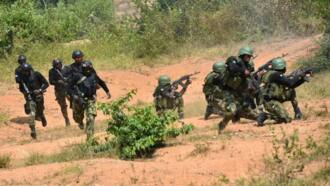