Wilder attacks 'boring' Joshua's against Ruiz, sends tough warning to him on how great he is

- Wilder also claims Joshua's mentality in the fight was just to survive, not to win as a true champ

Joshua won the rematch showdown in Diriyah Arena in Saudi Arabia on Saturday night, December 7, albeit on a unanimous point decision.

The 30-year-old heavyweight champion landed a brutal flesh-cutting punch on Ruiz's upper left eye but was dragged to the 12th round by the resilient Mexican star before avenging his Madison Park defeat in style.

Reacting to the victory, Wilder who is Joshua's biggest rival in the heavyweight decision, fiercely slammed the Briton for using Wladimir Klitschko's "boring jab-grab-hold" tactics.

"Joshua did what he had to do to get the win. He ran around the ring and was on his bike all day," the WBC champ told The Athletic.

"Basically, he had Klitschko in the camp and he was a lot like Klitschko: that jab-grab-hold method. That's all he did tonight.

"But he was so hesitant... Joshua's mentality was to survive. The Klitschko method.

Wilder, who was linked with a mega money unification fight in the past, also boasted that he is the biggest face in the division.

"I think of myself as a champion... you want to come out there and whoop him. 'Im not coming in, after losing to this guy, to just dance and grab and jab and hold," Wilder said. 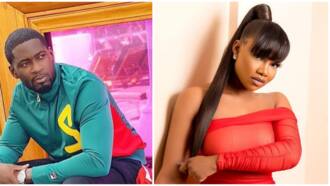 I'm going to show the world and convince them I am the very best and that no-one is close to me, especially with what's going on in the division right now. It's a time of proving who is the best.

"Joshua had many times he could've gone for the finish after he landed the right hand.

Wilder put up a fabulous show of a champion, toeing the way of legends with another impressive victory over Cuban boxer Luis Ortiz in Las Vegas on November 23.