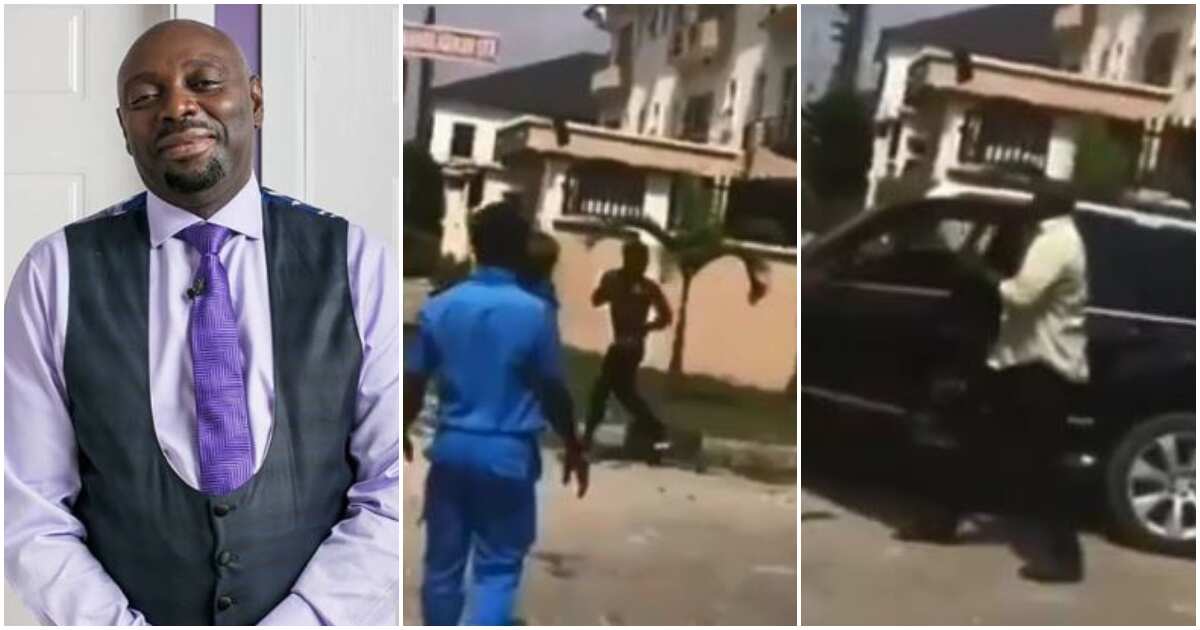 - Nigerian actor, Segun Arinze, has made the news over his alleged ill treatment of his domestic staff

Living with domestic staff can sometimes be a dicey issue especially when they act out of control and do things to offend their boss.

Many times, people are sceptical about employing domestic staff due to the harm they can cause but they end up doing so because they need their services.

Nollywood actor, Segun Arinze, has made the news after a man identified as @CloakedAdonis called him out on Twitter for allegedly attacking his domestic staff.

According to Adonis, he saw Arinze’s house help already wounded as his boss tried to attack him. The Twitter user explained that the reason for the altercation is that the boy had removed the actor’s burglary proof and also used his car without permission.

See the video shared by Adonis below:

In reaction to the unfortunate news, veteran actor Segun Arinze explained that every game has its rules and regulations. In a phone call interview with Plus TV, Arinze explained how he reliably gathered that Lionheart met all the other requirements seeing as the picture and sound was of good quality. However, the film fell short in terms of spoken language.