Despite not winning Miss Universe, here is the reason Most Beautiful Girl in Nigeria is trending on social media 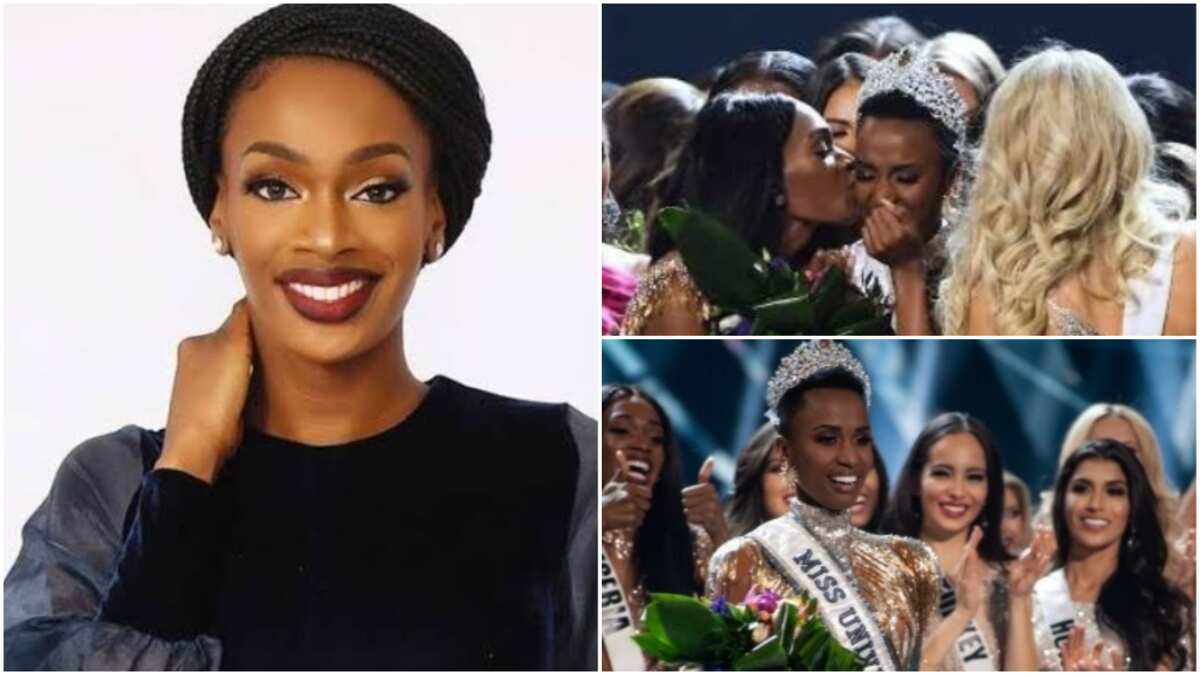 - Most beautiful girl in Nigeria and Nigeria's representative at the 2019 Miss Universe pageant, Oluwatosin Araromi is trending on social media

Most beautiful girl in Nigeria and Nigeria's representative at the 2019 Miss Universe pageant, Oluwatosin Araromi has taught thousands of social media users both in Nigeria and South Africa the meaning of uniting as well as supporting and loving each other.

On December 8, the whole world watched as another Miss universe was crowned. Araromi who represented Nigeria made top 20, however Miss South emerged as top 5 and eventually got crowned as winner of the pageant.

While the crowd cheered her on, Miss Nigeria jumped to celebrate Miss South Africa, calling her 'my sister'. The singular action of Araromi has reminded Africans that supporting each other and uniting is the way to progress.

Here is how people reacted to her palpable joy upon Miss SA being announced as winner:

Meanwhile, comedian Steve Harvey 2015's gaffe seems to be haunting him despite having hosted Miss Universe for the fifth time on Sunday, December 8, as he once again stirred controversy.

The legendary comedian began trending on Twitter when he made a cartel joke while talking to Miss Colombia whom he had wrongly announced as Miss Universe in 2015.

Users of the microblogging website were not laughing when he dropped the joke four years after his memorable flub took place. Harvey was in a smooth sailing kind of situation until he announced 24-year-old Miss Colombia Gabriela Tafur as one of the contestants who made the top 20.