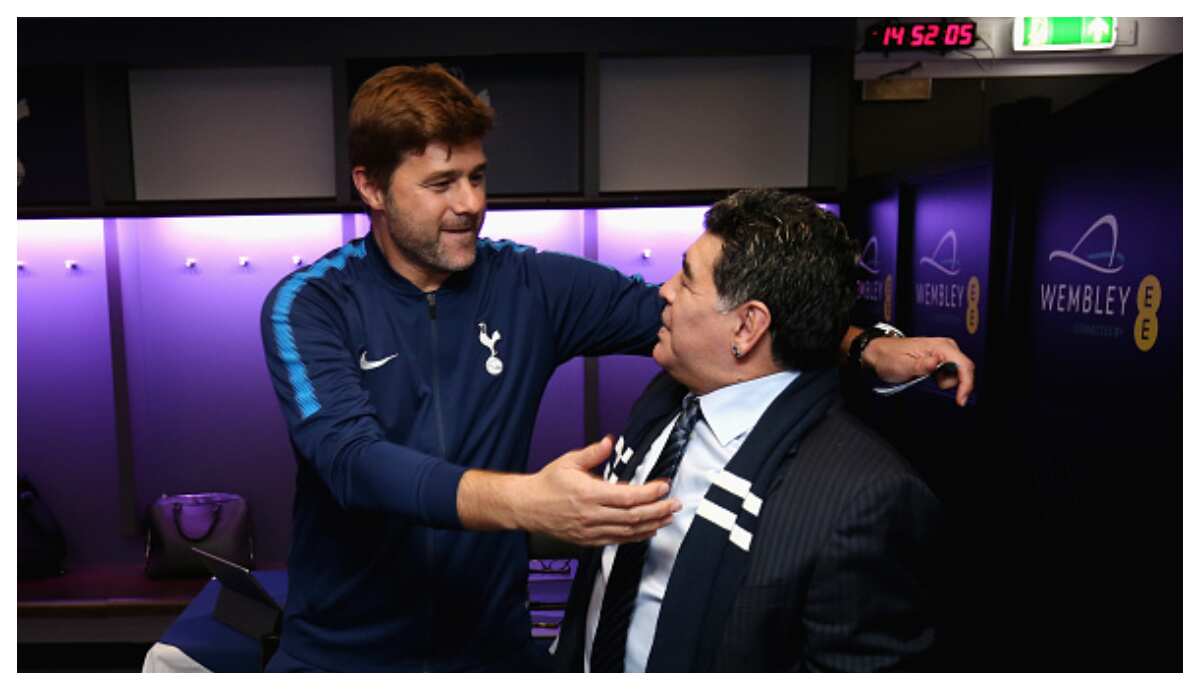 - Pochettino has been linked with several clubs including Bayern Munich, Man United, and Arsenal

The ex-Tottenham manager returned to his country to watch Maradona's side Gimnasia defeat Cordoba at the weekend.

Both managers greeted each other before kick off as Gimnasia earned a much-needed win having been in the bottom two of the Argentine Super League prior to the match.

Maradona's side came from a goal down to record their fourth victory since he took over the club in September.

Meanwhile, Pochettino has been linked to high-profile sides including Man United, Arsenal and Bayern Munich.

The 47-year-old will most likely managed another Premier League until the end of the season due to caluse in his contract which means he would have to pay the club £12.5million

But the Argentine gaffer has revealed he is not taking a break from football though, and is ready to return to management soon.

"I am open to listen to the projects that are presented to me. My intention is to redirect in Europe.

"At my age one does not need much time to recover. There are a lot of clubs and attractive projects for me to take on," Pochettino said.

The Portuguese gaffer returned to management with Tottenham in October and has recorded four victories in five matches.