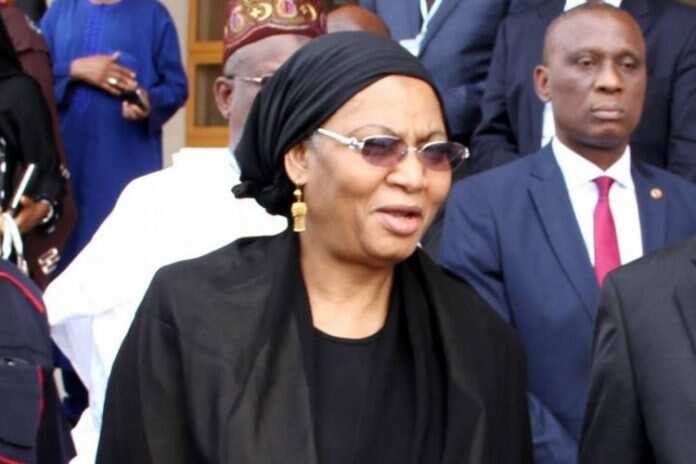 - Kalu, who is the Senate chief whip, was sentenced to 12 years imprisonment over corruption charges

Justice Zainab Bulkachuwa, the president of the court of appeal, has revealed how her court was able to avert delay that would have clogged proceedings in criminal cases including the recently concluded trial of the Senate chief whip, Orji Kalu.

The Nation reports that he was part and parcel of the making of the Administration of Criminal Justice Act (ACJA) from inception, adding that she had also witnessed its implementation.

Legit.ng gathered that she had the chance to fully participate when applications were made by the Economic and Financial Crimes Commission (EFCC), federal ministry of justice and other prosecuting bodies.

She said: “I was very much interested in what will come out of it. And, I had the chance to fully participate when applications were made by the EFCC, federal ministry of justice and other prosecuting bodies, that our justices, who were appointed from the high courts, and elevated to the court of appeal, be given fiats to go back to the various high courts and conclude the case they have started.

“First, we had to determine at what stage they could go in. After looking at the ACJA, we saw that once all the prosecution’s witnesses have testified, there will be no need to start the matter de novo (start afresh) again. We felt it was more in the interest of justice to have the matter completed.

“Most of the matters may be because they are not high profile cases, nobody heard about them. But, I have given fiats at least, more than 50 times, for justices of the court of appeal to go back and complete their assignments."

She said the most recent is that of Justice Mohammed Idris when he completed the case of former governor of Abia state, Orji Kalu, adding that before then, she thought he has completed not less than 12 or 15 of such matters.

“I think this is a big plus for the criminal justice act, because matters now get to be completed within the shortest time possible and decisively," she said.

Bulkachuwa spoke in Abuja at a workshop on, towards national minimum standards for effective implementation of the ACJA 2015 and ACJLs

The workshop organised by the Centre for Socio-Legal Studies (CSLS) was meant to rally stakeholders in all states and at the federal government level for the development of basic or common minimum standards for the effective implementation of the ACJA and ACJLs.