High-flying Super Eagles star shares how his move to Arsenal, Porto and Salzburg failed to materialize 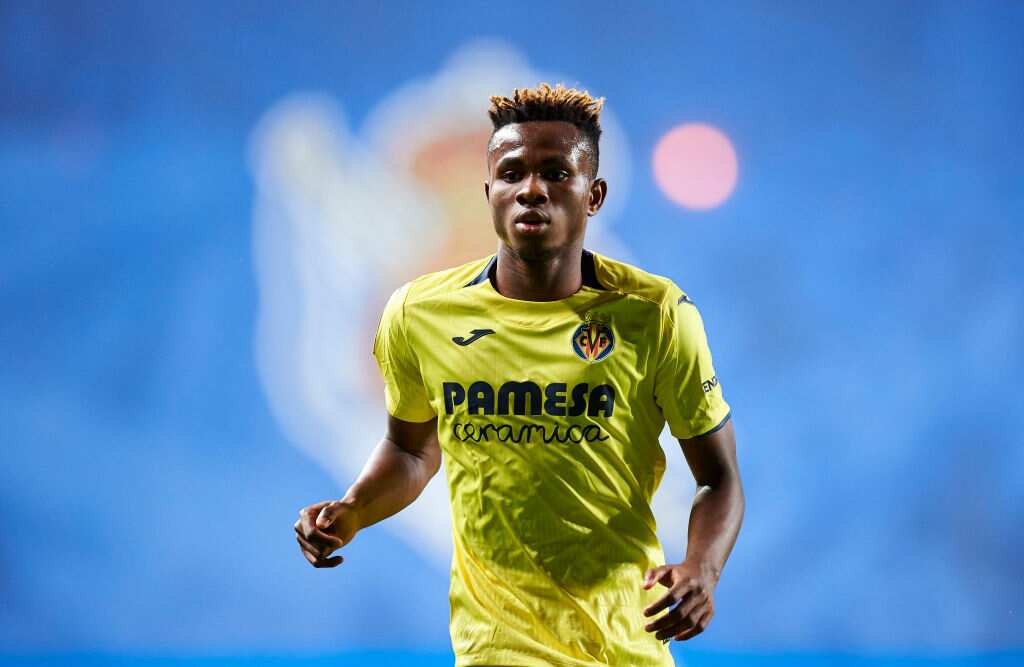 - The 20-year-old revealed he missed out joining Arsenal, Porto and Redbull Salzburg a few years back

Samuel Chukwueze has shared his grass to grace experience after missing out in signing for top European sides shortly after winning the U17 World Cup with Nigeria in 2015.

The Villarreal striker had a major setback after missing out in joining Arsenal, Porto and Redbull Salzburg.

Some of his teammates had secured respective moves to respective European sides but the Super Eagles star kept his head up, returned home and worked harder.

“I have had setbacks, when I had so many options to sign with Porto, Arsenal and [Red Bull] Salzburg, but it didn’t happen. Then I went back to my academy and started training all over again,” Chukwueze told the NFF.

“It was difficult for me at that moment because my teammates had signed some contracts with their teams and I was back home training with my academy before Villarreal picked me up.

“I think I am in a perfect place because of the setback, assuming I went to the club that I was looking at, maybe I won’t be where I am today, so it taught me some lessons.”

The 20-year-old is now one of the revelations in the Spanish La Liga after having his breakthrough season in the 2018-19 campaign.

Chukwueze has scored seven league goals so far and has been linked with Spanish giants Real Madrid and Barcelona following his eye-catching performances with the Yellow Submarines.

Meanwhile, Legit.ng had earlier reported that Semi Ajayi was on target as West Brom defeated Swansea City by 5-1 to return to the top of the Championship table.

Super Eagles defender Semi Ajayi opened the scoring after Kyle Bartley gave the Nigerian a headed assist to put the Baggies ahead.