- The shortest man on the planet, Khagendra Thapa Magar is dead

- According to reports, he succumbed to some illnesses following his struggles with a heart condition amongst others

The death of Khagendra Thapa Magar, has thrown many people into mourning. The 27-year-old until his death, was Guniess World Records shortest man on earth.

According to reports, he succumbed to a couple of illnesses on Friday, January 17 while he was been attended to at Manipal Hospital in Nepal.

Guinness World Records revealed that Khaghendra was struggling with heart problems, asthma and pneumonia. He was admitted at the Manipal Hospital on Thursday, January 16 where he fought for his life. 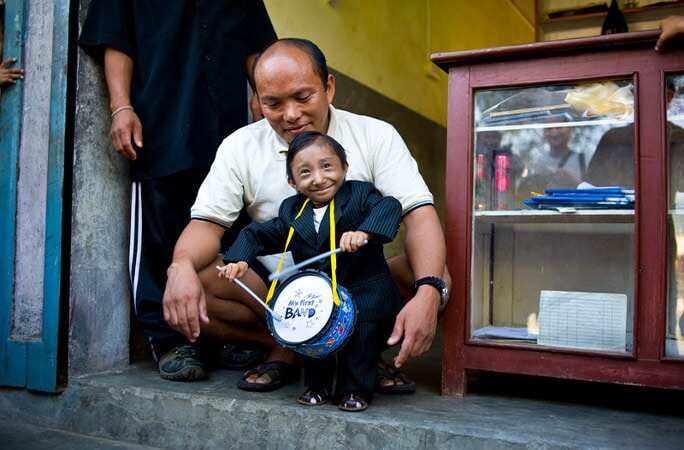 Khaghendra first came to the attention of the Guinness World Records in 2010, when he was measured by the Records Manager and was confirmed to be the shortest male teenager living. 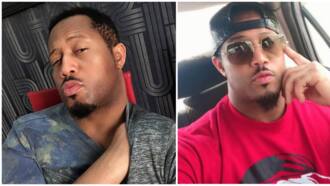 He made his first appearance to the GWR in 2011 alongside the shortest female teenager, Jyoti Amge. 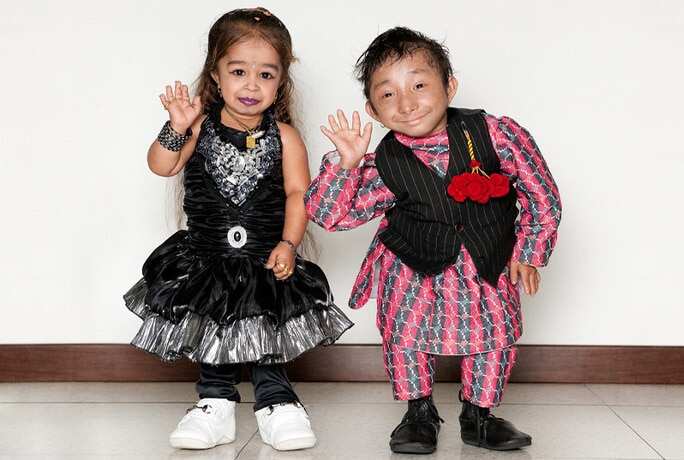 Khaghendra made his first appearance to the GWR in 2011 alongside the shortest female teenager, Jyoti Amge. Photo: Guinness World Records
Source: UGC

At the age of 18, Khaghendara qualified for the shortest adult title in the world replacing Edward Hernandez of Colombia.

His stature caught the world's attention in 2011 and this saw him appointed as the Nepalese Goodwill Ambassador for Tourism. 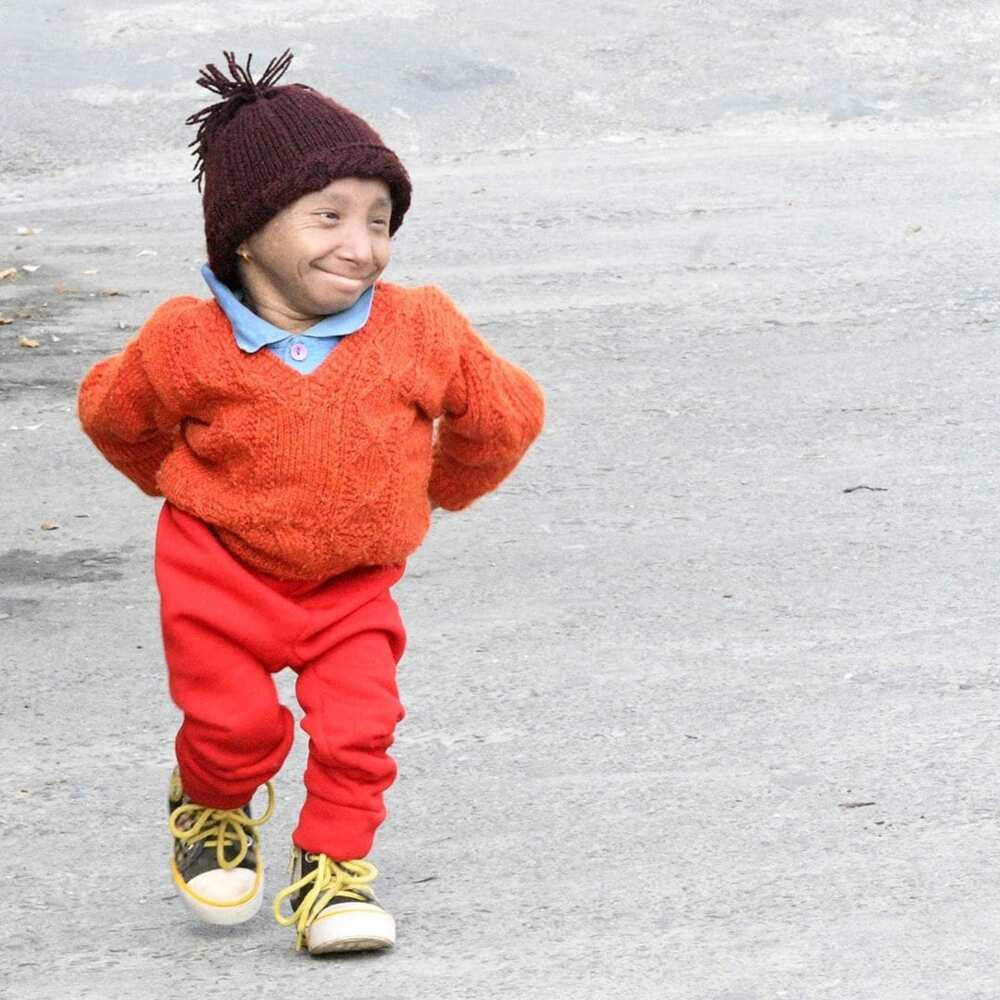 His stature caught the world's attention in 2011 and this saw him appointed as the Nepalese Goodwill Ambassador for Tourism. Photo: Guinness World Records
Source: UGC

Meanwhile, a Nigerian man identified as Afeez Agoro Oladimeji who is unofficially regarded as the tallest man in the country, was spotted stepping out for an event in the same outfit with a woman.

Popular civil right activist and social commentator, Kayode Ogundamisi, shared some photos on his Twitter page, in which Oladimeji was donned in a matching African print with the lady beside him, as they both posed for the camera. Another photo captured the moment onlookers surround the two in a bid to take pictures with them.

In other news, Centenarian, Dorothy Flowers, a while back turned 108 on Tuesday, October 22, and her friends at the care home where she lives social media post requesting for people to send her birthday cards went viral.

She is said to be the 68th oldest person in Great Britain. Her friends at the home wanted to surprise her on her birthday and yes, they succeeded at it as the birthday girl got 670 cards for her special day and a few gifts of champagne from all over the world.