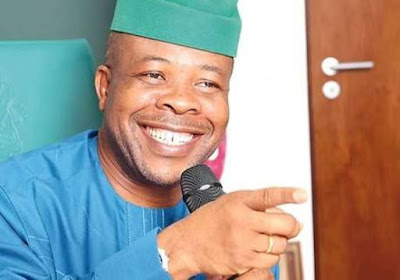 Sacked governor of Imo State, Emeka Ihedioha of the Peoples Democratic Party (PDP) will on Monday (today) approach the Supreme Court for a review of its judgment of January 14, 2019 in which it declared Senator Hope Uzodinma of the All Progressives Congress (APC) as governor of the state.

An associate of the sacked governor, Dr. Manzo Abubakar disclosed this in Abuja at a press conference in which a group of Civil Society Organizations (CSOs) reviewed judgment, and queried the rational behind the Supreme Court’s decision.

Abubakar, who said he is the Executive Director of the Abuja Discussion Group (ADG), said Ihedioha’s legal team will be at Supreme Court to seek a review of the judgment.

He said Ihedioha’s decision to return to the apex court was part of effort to deepen the nation’s democracy and explore democratic means of ensuing justice.


He said, “The judgment will go down in infamy and may make Nigeria a laughing stock in the comity of nations, if not reviewed”, addeding that Section 176(2b) of the constitution is clear that to be declared as governor, a candidate must have not only the majority of total votes cast but also 1/4 of the votes in 2/3 of the local governments of the state.

“it is axiomatic that nowhere in the petition or evidence did the petitioner, (Uzodinma) claim that he met the constitutional requirement of spread to be declared the winner”, the group stated.

The CSOs noted that, the Supreme Court, by the judgment has denied the Imo people the opportunity to chose their leaders, adding that, “We sympathise with their Lordships, as mortals who are not infallible.

“To err is human. It would be practically impossible for any human to have read briefs and record of proceedings exceeding 5000 pages in the matter within 2 hours after hearing, when it also had pressure of time to deliver judgment in the remaining pending governorship appeals. No doubt, this accounted for the mistakes made by the Supreme court”, the group stated.

Abubakar said, “The Supreme Court is supreme and can creatively reinvent it’s rules to do justice. It is necessary do so now more that ever to save Nigerian democracy, constitutionalism and retrieve the judicial and justice system from its present opprobrium”.

The group said the apex court is left with no other option than to review and reverse the anomaly in the judgment, even if it means applying a judicial doctrine of necessity.