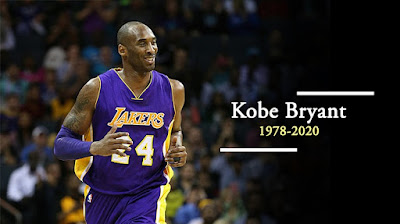 Kobe Bryant and his daughter Gianna were among several people killed in a helicopter crash in Calabasas, California, on Sunday, a source confirmed to ESPN. Bryant was 41.

Drafted 13th overall in 1996 out of Lower Merion High School outside of Philadelphia, Bryant was a five-time NBA champion, a two-time NBA Finals MVP and the 2008 NBA MVP. The 18-time All-Star retired in 2016 after 20 seasons in the league, all with the Los Angeles Lakers.

Lionel Messi and Cristiano Ronaldo were among many in the global football community that paid tribute to Bryant and his daughter.

Ronaldo wrote, "So sad to hear the heartbreaking news of the deaths of Kobe and his daughter Gianna. Kobe was a true legend and inspiration to so many. Sending my condolences to his family and friends and the families of all who lost their lives in the crash. RIP Legend."


"I have no words... All my love for Kobe's family and friends. It was a pleasure to meet you and share good times together. We were a genius like few others," Messi added.