- Simon Dorante-Day, a 53-year-old man, has claimed that he is the love child of Prince Charles and Camilla Parker-Bowles

- According to his claim which has also been filed in court, his mother put him up for adoption when she was a teenager

Simon Dorante-Day, an engineer, has said that he is the love child of Prince Charles and Camilla Parker-Bowles, and has taken his case to the High Court to prove his claim.

Daily Mail reports that the engineer aged 53, was born in April 1966 near Portsmouth and was later taken as an adopted child by Karen and David Day, both British citizens.

The engineer who is now a resident of Queensland has always talked about how he believes he was put up for adoption by his then-teenage mother, Camilla Shand.

Make sure to have money before you marry - Nigerian man advises

In his interview with the media, Simon said that his grandmother who was close to the royal family as a worker told him many times that he is Camilla’s child. Simon said he believes his mother gave him up for adoption at the time she was a teenager. Photo source: Daily Mail
Source: UGC

While saying that filling the suit was the most significant step he has taken, he said the development is the most expensive thing that has hit the British palace.

He said the reason why he is pressing hard on them is because he wants a quick answer. It should be noted that that the British national once said that the Queensland court laughed when it heard about the suit.

Meanwhile, Legit.ng earlier reported that Alena Kate Pettitt, a 34-year-old mum, said that her main aim in life is to be a traditional wife who submits to her husband like it was during the 1950s.

She very much holds the opinion that women are just homemakers while men do all the getting provisions for the family.

To make this a reality, Alena operates The Darling Academy, a school that teaches women how to be feminine and perform the duties expected of them.

Alena also operates a blog where she writes about being a traditional wife and submitting to her husband.

In other news, a Nigerian lady on Twitter who goes by the name Amarachi Osuji narrated a moving story of how she dumped medicine for engineering.

Making the academic change did not come easily as she dithered for three years before she gathered the strength for the pivotal step.

The need to switch to engineering started after her first semester in Hungary. She pushed on for 5 semesters. By that time, the scholarship she was on was dealt a blow by government negligence. 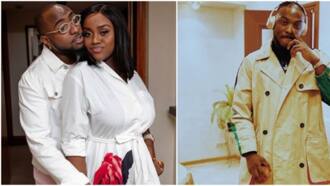