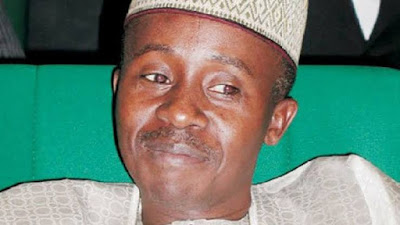 Former-chairman of the House of Representatives Ad hoc Committee that investigated the fuel subsidy regime in 2012, Farouk Lawan, told the High Court of the Federal Capital Territory in Apo, Abuja, on Tuesday, that his first defence witness’ brother in his ongoing bribery case was murdered by Lassa fever in Kano on Sunday.

Lawan gave this as the reason for his failure to open his defence in the six-year-old  bribery case instituted against him since 2012.

The  Kano-born politician, who was present in court, is being indicted for allegedly accepting $500,000 as a bribe for the removal of billionaire businessman, Mr Femi Otedola’s company’s name, Zenon Petroleum and Gas Limited, from the list of the firms indicted by the committee for alleged fraud in the subsidy scheme.

Justice Angela Otaluka in her ruling on October 17, 2019, dismissed the no-case submission Lawan filed after the prosecution closed its case with five witnesses, including Otedola.


The judge ruled that contrary to Lawan’s contention in his no-case submission, the prosecution made a prima facie case against him which he had to defend.

The court directed him to open his defence on November 11, 2019.

For undisclosed reasons, the trial was adjourned till Tuesday.

But  Mr Benson Igbanoi, who stood in for Lawan’s lead counsel, Mike Ozekhome (SAN), said despite being ready for the trial, they were unable to proceed to open the defendant’s case because his “sole witness” who was meant to testify at the hearing could not attend the proceedings because he was bereaved.

Igbanoi said they were informed that the witness’ brother was killed by  Lassa fever on Sunday.

He said, “We are very much ready to open our defence today (Tuesday).

“However, late Sunday night, we received news that the sole witness of the defendant lost a brother to the dreaded Lassa fever that hit Kano.

“My lord in the circumstance, regrettably, we are unable go on to open our defence today.

“We are therefore constrained to plead with my noble lord to grant us a short adjournment because our sole witness is so devastated.”

Igbanoi said his team had written a letter to the court and a copy of which was served on the prosecution stating the defence team’s “predicament”  and suggesting an adjournment of the case till February 11.

He said he had to “reluctantly concede to another adjournment since the reason for it involved the loss of a human being.”

But  he urged the court to direct the defendant “to keep to February 11 so that he does not come that day and say he is asking for another adjournment of the case.”

Justice  Otaluka granted the request and adjourned the case till February 11.